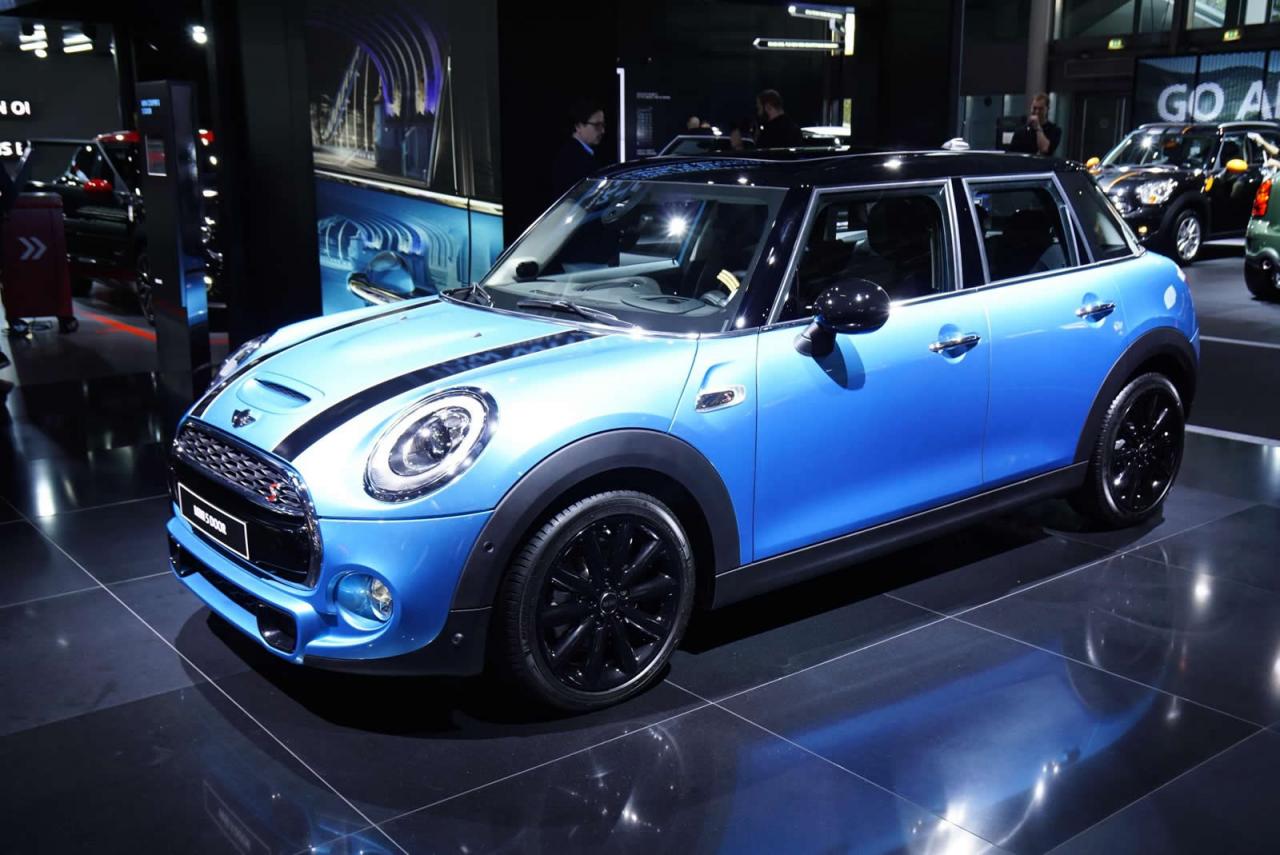 The 2015 MINI five-door hatchback has made its debut today at the Paris Motor Show before going on sale later this fall.

The 5-door MINI has been designed for the fans of the regular MINI but who also need the extra two rear doors. The MINI 5-door hatchback comes with a 2567mm wheelbase which makes it a significant 72mm longer while the overall length has increased by 161mm to 4005mm. The added length has increased rear legroom by 72mm and passengers sitting in the back also benefit from an additional 15mm headroom thanks to a height increase of 11mm to 1425mm. 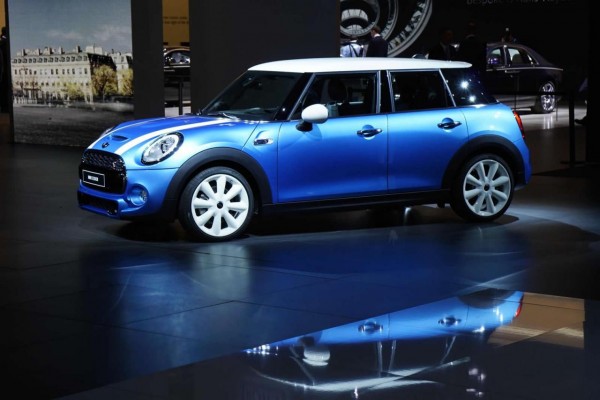 The design is almost the same as its 3-door sibling with very few modifications beyond the additional doors. Also, the trunk size has increased by 67 liters to 278 liters over the three-door variant. In case of need of more luggage room, folding down the 60:40 split rear bench will boost capacity to 941 liters.

As already known, the engine lineup will be shared with the standard model. The engines on offer include a three-cylinder 1.5-liter turbocharged gasoline engine producing 136 HP & 220 Nm. A three pot 1.5-liter turbodiesel with 116 HP & 270 Nm, along with larger four-cylinder 2.0-liter turbocharged gasoline and diesel engines outputting 192 HP & 280 Nm and 170 HP & 360 Nm, respectively. A six-speed manual gearbox is offered as standard but depending on engine choice MINI is also offering a six-speed Steptronic and a Steptronic sports transmission.