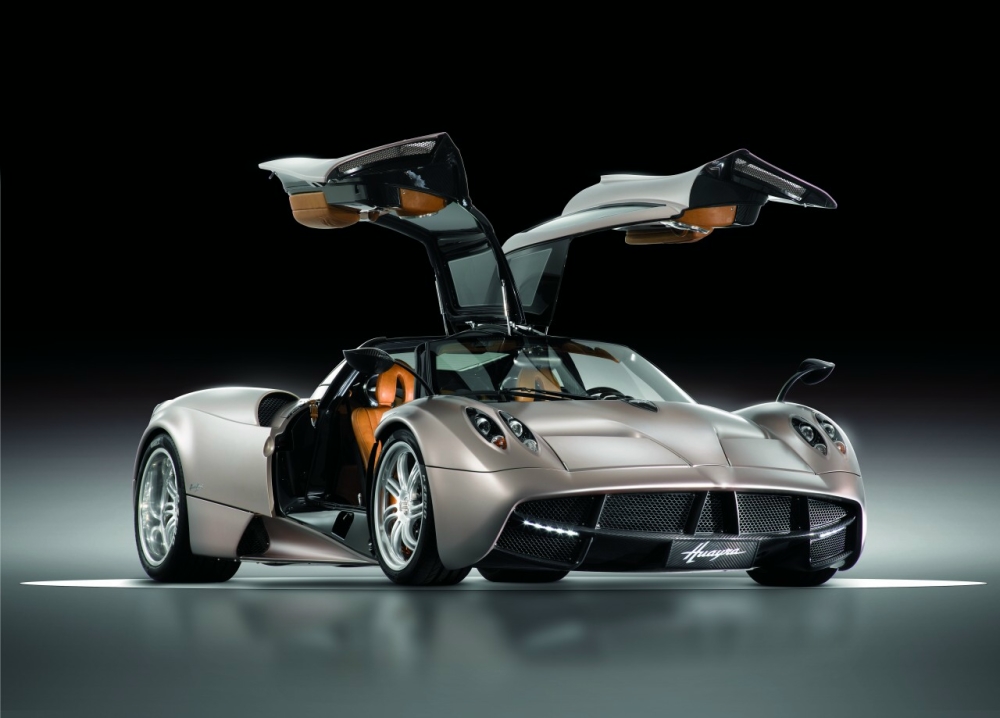 Pagani has released the official pictures of its highly anticipated Huayra supercar. The new Pagani supercar, whose name means ‘wind’ in English is a car enthusiasts’ delight by virtue of its form itself and is one of the most beautiful cars we have ever seen.

The car is powered by a Mercedes AMG built 6.0-litre V12 twin turbo engine, capable to putting out 700 horses and more than 1000Nm of torque. The top speed for the car is said to be in the region of 370km/h. Now if you have so much power and only 1350 kgs of weight, you could be quite sure to go from 0-100 km per hour in less than 3 seconds.
While the Huayra looks like a rocketship from the outside, from the inside, it is done up in classy, rich interior bits. There is an old world charm about the leather draped interior of the Huayra.  There is exposed aluminium and then there is lots of carbon fibre to delight all those new age speed nuts.  To make this marriage of class and modernity work in perfect harmony you have some natty blue backlit gauges and multi-function displays for navigation and communication.