If you are a regular reader here, you might have seen the Transformer made out of old car parts by a person in USA. (If not,click here to read our earlier report on the same). Now, some guys in Thailand have made Optimus Prime from car parts.

As can be seen, the people who have built the Autobot have used only parts from old cars and some stuff which can be found in car service stations. Considering that they might be car mechanics, building such a piece requires too much man hours which they might have managed to squeeze after their routine jobs. Kudos to them. 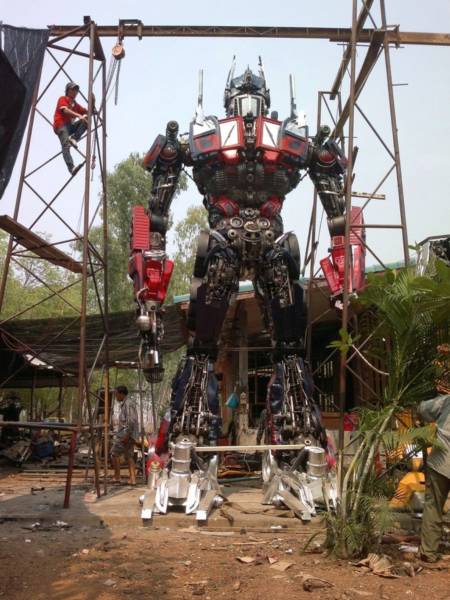 While the transformer built in the post linked above might be a little off the line, these people have built the Optimus Prime taking care of fine details. The total man hours required aren’t known, but nonetheless, we thank these Thai’s for the hardwork taken to build such a piece.

What do you think of this Optimus Prime ? Do let us know your thoughts by penning them down in the comments section below.