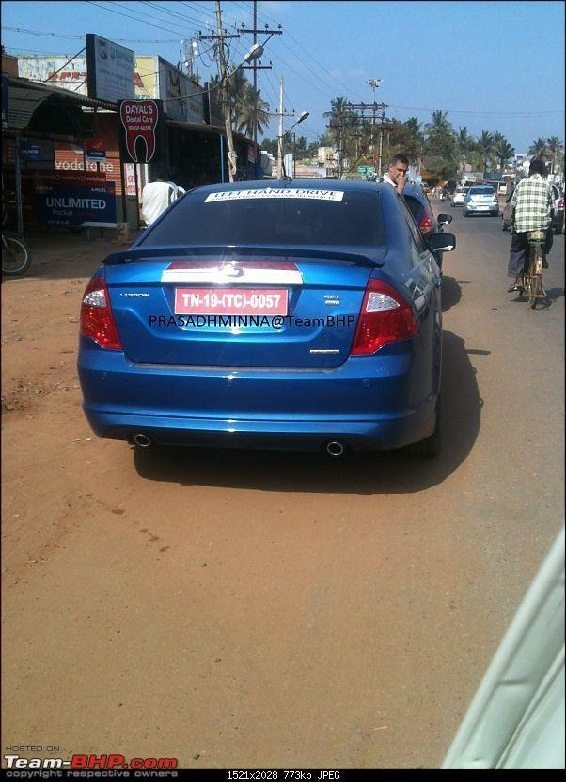 We have been saying that Ford is fast getting more aggressive with its operations in Indian car market and intends to release as many as eight new cars by 2015. While the cars you see here on this page were caught testing on Indian roads, there are slim chances of these Fords ever making it to our car market. 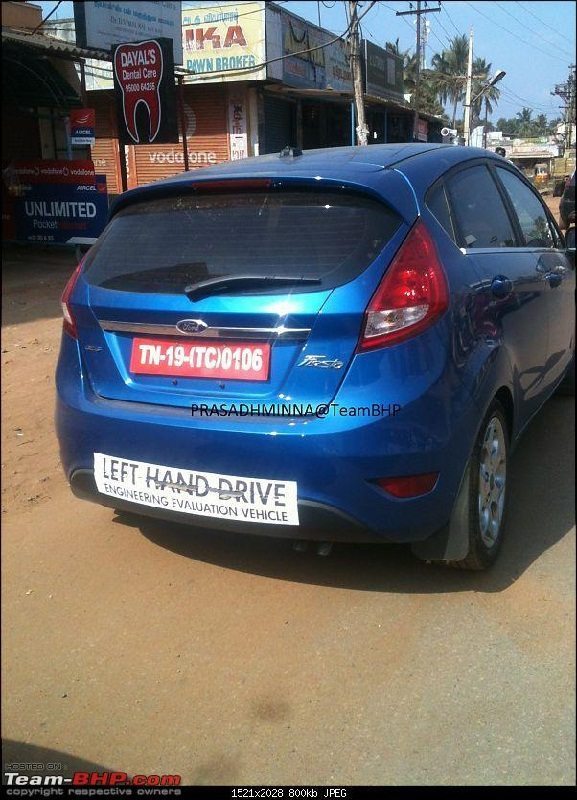 Prasadhminna, a TeamBHP member, spotted an older generation Ford Fusion sedan and Ford Fiesta hatchback testing in Chennai. The fact that these cars were seen sporting “Engineering Evaluation Vehicle” stickers is a clear indication of the fact that Ford doesn’t intend to launch these vehicles in India. The cars that were being tested are a part of Ford’s global testing program.

The Ford Fusion sedan that was caught testing sports a flex fuel badge. This means that the car seen featured an ethanol bi-fuel engine. The Ford Fiesta hatchback, which was seen testing along with the Fusion sedan, has little probability of coming to us. It may be noted that while Indian car market is fast growing, the demand for premium hatchbacks is next to non existent in Indian car market. 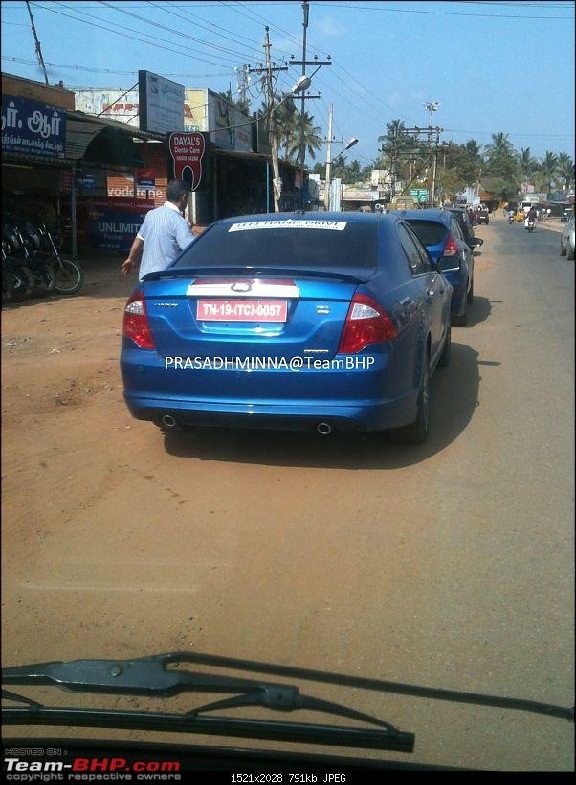 The Ford Fusion that was spotted in India has already been phased out and we have been regularly reporting in detail about the next generation Ford Fusion/Mondeo.

While one of the new models that Ford intends to introduce into Indian market is the much awaited Ford EcoSport compact SUV that is close to being launched, not much is known about other Ford cars that will come to our car market.