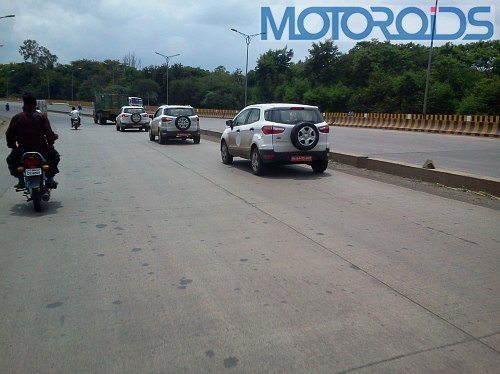 The Ford EcoSport compact SUV has to be one of the most awaited car launches of recent times. The very popular Compact SUV, which made its first public appearance at New Delhi in Jan 2012, is taking its own sweet time coming to our car market.

The cyber space is filled with plenty of speculations about the EcoSport’s Indian car market launch and giving a weight-age to all the rumors are the multiple sightings of un-camouflaged Ford EcoSport test mules doing rounds in various cities of India. 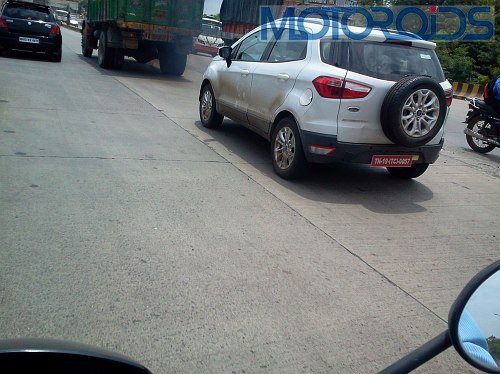 We recently reported in detail when it emerged that Ford EcoSport test-drive cars have started reaching Ford India Mumbai and Delhi dealerships and now, our friend Rohan Patil has shared a few pics of a convoy of un-disguised Ford EcoSport test mules that he encountered on the Pune-Ahmedabad highway a few months back. 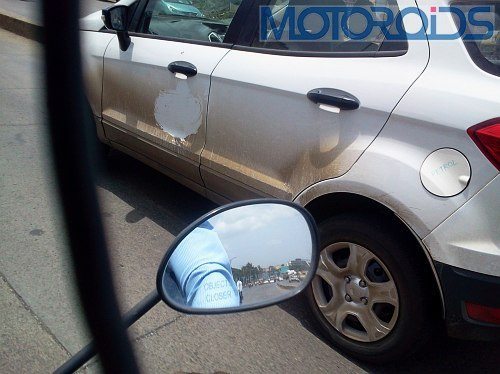 On close observation of one of these pics, it can be seen that one of the petrol variants sports steel rims and non -painted bumpers. This means that Ford India MIGHT introduce a bare-basic entry level variant of the upcoming SUV.

The interiors of the EcoSport comprise of high quality materials and a lot of bits from Ford cars parts bin. The car is loaded with safety features like four airbags, ABS with EBD, traction control and engine immobilizer. Other than this, the car is also equipped with Hill Launch Assist and features like a Push button start, cooled glove box and keyless entry.

It is being said that the Ford EcoSport will be launched by March-April of this year. 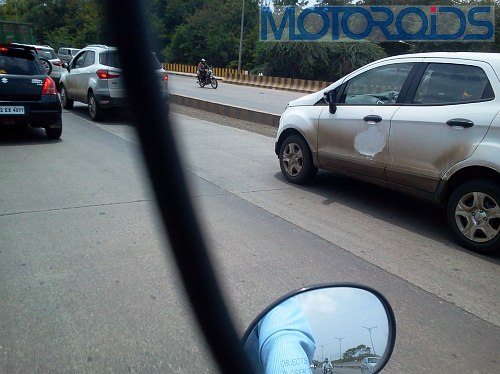