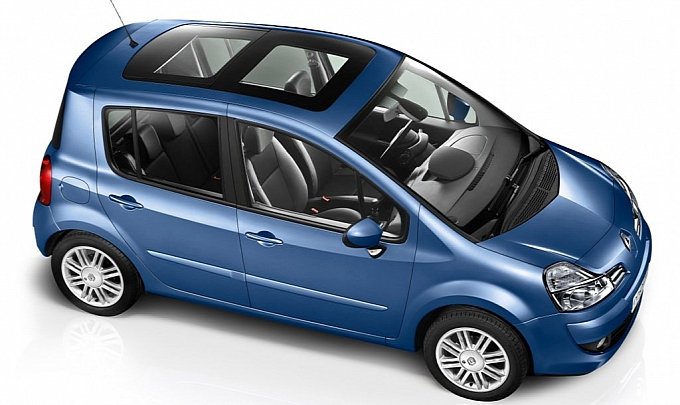 Renault India, in an official mail sent to the automotive media have announced that the company will be unveiling its new small car for India on the 29th of October 2011. Seems like the French carmaker has decided to bring forward the unveiling date of the small car which was earlier expected to be January 2012, at the Auto Expo.

The unveiling of the new small car will happen at Jaypee’s F1 venue at Noida.  Renault is terming its third offering in the past six months as a ‘premium compact car’. It’s notable that Renault’s internationally available small car, the Modus has been caught testing in India several times. It’s highly anticipated that Modus is, indeed, going to be the automaker’s small car for India.

Renault India have not officially stated anything about their new car for India. In fact on being confronted about the Modus having been caught testing in India, the officials from the French company have said that the car is here for weather testing and is meant for other markets. Some reports suggests that the new small car may be a V-platform hatchback, essentially a Nissan Micra under the skin, but with altered exteriors and interiors. In all honesty, we cannot comment authoritatively about the new car as of now.

The Modus, even after the company’s denial cannot be written off as a possibility for the Indian market. After all, as a motoring publication, we hardly ever come across manufacturers officially divulging the details on a new  product before its unveiling. Although a spacious and capable car with a choice of good engines, the Modus doesn’t look like a very sedsthetically appealing product. How well the design conscious indian customer accepts the odd shape of the Modus, is something that remains to be seen.

The Modus, if it makes it to India, will be powered by the same petrol and diesel engines which power the Nissan Micra. The 1.2 –petrol unit produces 75bhp of peak power and 104 Nm of peak torque. The 1.5-liter dCi diesel engine on the other hand dishes out 64PS of power at 4000 rpm and 160 Nm of torque at 2000 rpm.

You can read all about the Modus  in our detailed story here.

Do share with us if you have anything to add to the info provided above via comments. After all, our experience suggests that more than anything else, YOU are our biggest source for piping hot news.