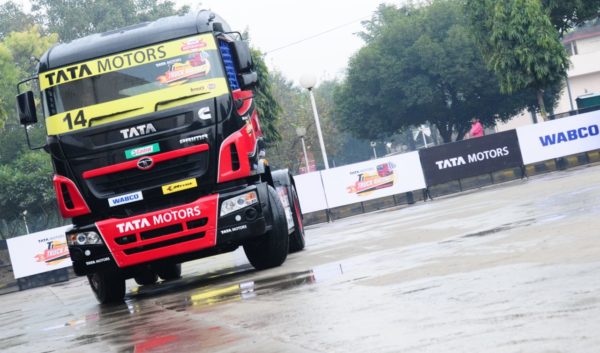 Only a while ago we brought to you live coverage from the launch event of the Tata T1 Prima Racing launch event in New Delhi. Now we have with us the official press release about the launch event, detailing every aspect of the exciting racing series pioneered by Tata Motors in India. The Tata T1 Prima Truck Racing should bring to the motorsport aficionados something fresh and exciting. Truck lovers have a reason to rejoice too.

You can check out previous report on the launch event here, and check out the official press release here.

• Six teams for the Championship, to participate with a total of 12 PRIMA World Trucks
• Scheduled to be held at BIC, Greater Noida on March 23, 2014

New Delhi, January 22, 2014 –Tata Motors today announced the launch of theT1 PRIMA TRUCK RACING CHAMPIONSHIP to bring truck racing to India for the first time. The first ever truck racing championship in India, has been inscribed on the calendars of FIA (Federation Internationale de l’Automobile) and FMSCI (the Federation of Motor Sports Clubs of India).The Truck Racing Championship will be held on March 23, 2014,at the internationally acclaimed Budh International Circuitto give Indian audiencesa grand spectacle oftruckscompeting against each other.

T1 PRIMA TRUCK RACING CHAMPIONSHIP is being conducted under the aegis of FIA& FMSCI. The FIA is the governing body for world motor sport and the federation of the world’s leading motoring organisations. One of the core responsibilities of the FIA is the development of motor sport worldwide. Through its national member clubs the FIA is involved in every level of motor sport and its remit extends to the millions of amateurs and professionals who enjoy motor sport in all of its variety. The FMSCI is a long-standing member of the FIA and is the only national motor sport federation recognised by the Government of India, for the promotion and control of motor sport in India, and is affiliated to the prestigious Indian Olympic Association.

The championshipwill feature12 Tata PRIMA trucks, built for the purpose. These will be divided among six teams,with participationfrom experienced international drivers. The T1 PRIMA TRUCK RACING CHAMPIONSHIPis beingorganised by (MMSCI), with safety and performance standards being followed as per (BTRA) British Truck Racing Association guidelines. 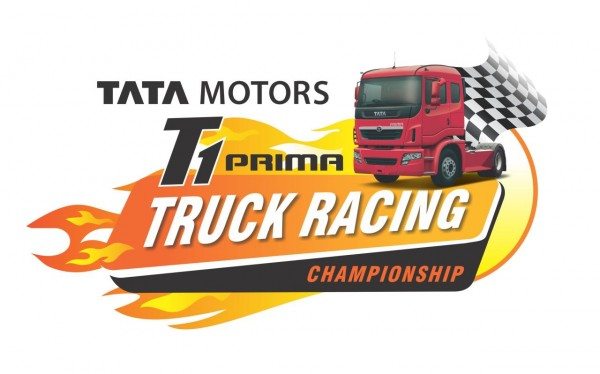 Speaking on the occasion, Mr. Karl Slym, Managing Director, Tata Motors Limited said, “Through the T1 PRIMA TRUCK RACING CHAMPIONSHIP, weare introducing yet another pioneering initiative in the Indian trucking space. We at Tata Motors are ready to embark on yet another milestone of HORIZONEXT, with the highest levels of performance and competitiveness of our trucks, to take customer engagement to another level. Formula 1 is the pinnacle of 4-wheeler racing in the world, and we at Tata Motors are taking the initative to make the T1 PRIMA TRUCK RACING CHAMPIONSHIP as the pinnacle of truck racing, in India. With this we are not only adding an exciting new dimension to one of the largest trucking markets in the world, but also connecting our passion for trucks to the larger Indian audience.”

Mr. Ravi Pisharody, Executive Director, Commercial Vehicle Business Unit, Tata Motors said, “As a leader in the Indian commercial vehicle space, Tata Motors has been leading the transformation in the industry. The Tata Prima marked the arrival of a completely modern truck brand, benchmarked to the global best, with its contemporary styledcabin, power-to-weight ratio, safety aspects, technology, quality and reliability.T1 PRIMA TRUCK RACING CHAMPIONSHIP isa great platform to showcase thesetechnological advancements, through performance excellence, alsoenabling Tata Motors to connect with its fleet customers, many of them being well-travelled, well-educated second generation business owners, looking to add excitement to their business. Through this initiative we also hope to triggergreater aspiration for trucking, given the industry is facing a serious dearth of truck drivers.”

Tata Prima 4038.Swill competein the T1 PRIMA TRUCK RACING CHAMPIONSHIP 2014,with the massive power of 370 BHP @ 2100 RPM and a top speed of 110 Km/h. To make these Prima trucks fit for racing, 22 key modifications were made to meet a mix of safety and performance needs as per guidelines from British Truck Racing Association.These included significant changes in fuel tank, brake cooling system, propeller shaft guards, racing seats and safety belts, exhaust, steering wheel among others.The trucks have gone through multiple quality checks and also tested on the test circuit at Jamshedpur for high speed run and control.

Buddh International F1 Circuit, acclaimed to be the best race circuit in India, will host the inaugural T1 PRIMA TRUCK RACING CHAMPIONSHIP. On the Race day, there will be two races.The first one a qualifier race, followed by the main race, seeinga rolling start ofbig Tata Prima race trucks. A pool of internationally acclaimed drivers, with proven excellence in the field of Truck Racinglike British Truck Racing championship and European Truck Racing championship, has been created for this mega event.

The T1 PRIMA TRUCK RACING CHAMPIONSHIPwill also witness two-time British truck racing champion, Steve Horne.As one of the most celebrated, longest serving truck racing drivers, Steve Horne has been instrumental in multiple operational aspects of India’s first truck racing championship.A historic event even from the FIA point of view who have been encouraging India to expand its footprint in motorsports globally.