Home Chevrolet Official: Chevrolet Beat to get a 1.0 litre diesel 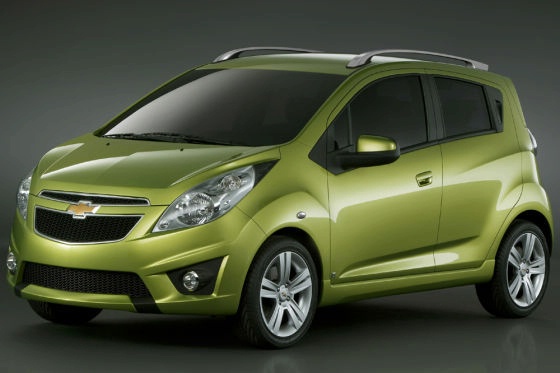 Chevy Beat will soon have a diesel engine option

It’s official now. General Motors Indian have made a formal announcement that the Chevrolet beat will get a new diesel heart very soon. The car will get a 1.0-litre oil mill for enhanced fuel economy and is likely to be launched in the first quarter of 2011.The new engine will be manufactured at the company’s Talegaon plant near Pune. The aggressive price and the phenomenal success of the diesel variant of the Figo has taken everyone by a surprise, and most small car makers are now looking very seriously at providing a diesel option for their cars.
Ankush Arora, General Motors India Vice-President (Sales, Marketing & Services) said “The one-litre diesel engine will be rolled-out from Talegaon early next year for our small car, Beat.”
GM’s Talegaon plant can manufacture 1,60,000 engines a year. The company expects both its Halol and Talegaon plants to work at full capacity by August-September. Mr Arora also said that the company plans to increase the production of its hot-selling Cruze mid-sizer. “We are planning to increase the production of Cruze to 900 units from the current 600 units and intend to raise production of Beat units to 4,000 from the present 3,300 units,” Arora said.
The new 1.0 litre engine expected to arrive in the Beat may well be a derivative of the tasty 1.3-litre multijet engine developed originally by Fiat. Expect the engine to produce about 57 odd PS of power and about 140Nm of torque. The new engine can be used by GM in some other vehicles such as the proposed GM-SAIC small commercial vehicles, and the upcoming Nano competitor from the American brand.