Home BMW OFFICIAL: BMW i8 to be unveiled at Frankfurt 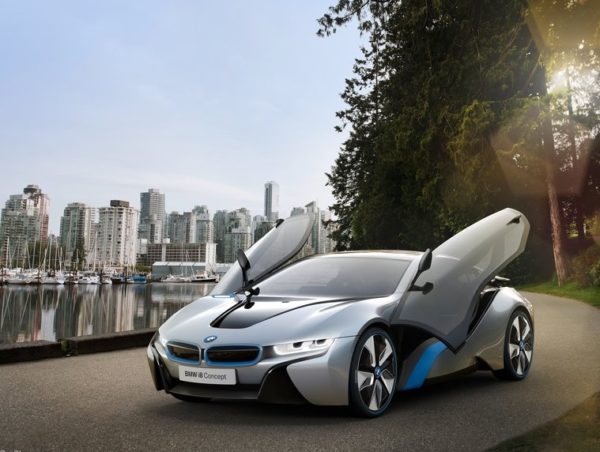 Bavarian auto maker BMW recently confirmed that the BMW i8 hybrid supercar will be unveiled at the 2013 Frankfurt Motor Show next month.

The upcoming BMW i8 looks all set to become BMW’s representative in the fast emerging hybrid supercar club.

We have been able to make out from various spy pics that the production spec car stays true to the i8 concept that we saw earlier. The i8 concept was showcased at Frankfurt a couple of year back and also made an appearance in the Mission Impossible 4.

BMW claims that the fuel efficiency of the upcoming hybrid supercar is powertrain is close to 33.3 kmpl and the i8 can dismiss 100kmph from standstill in under five seconds.

The i8 would propel the popular German carmaker back into the supercar scene. The i8 might also donate a lot of bits to the speculated BMW M8, if and when the latter sees the light of the day.