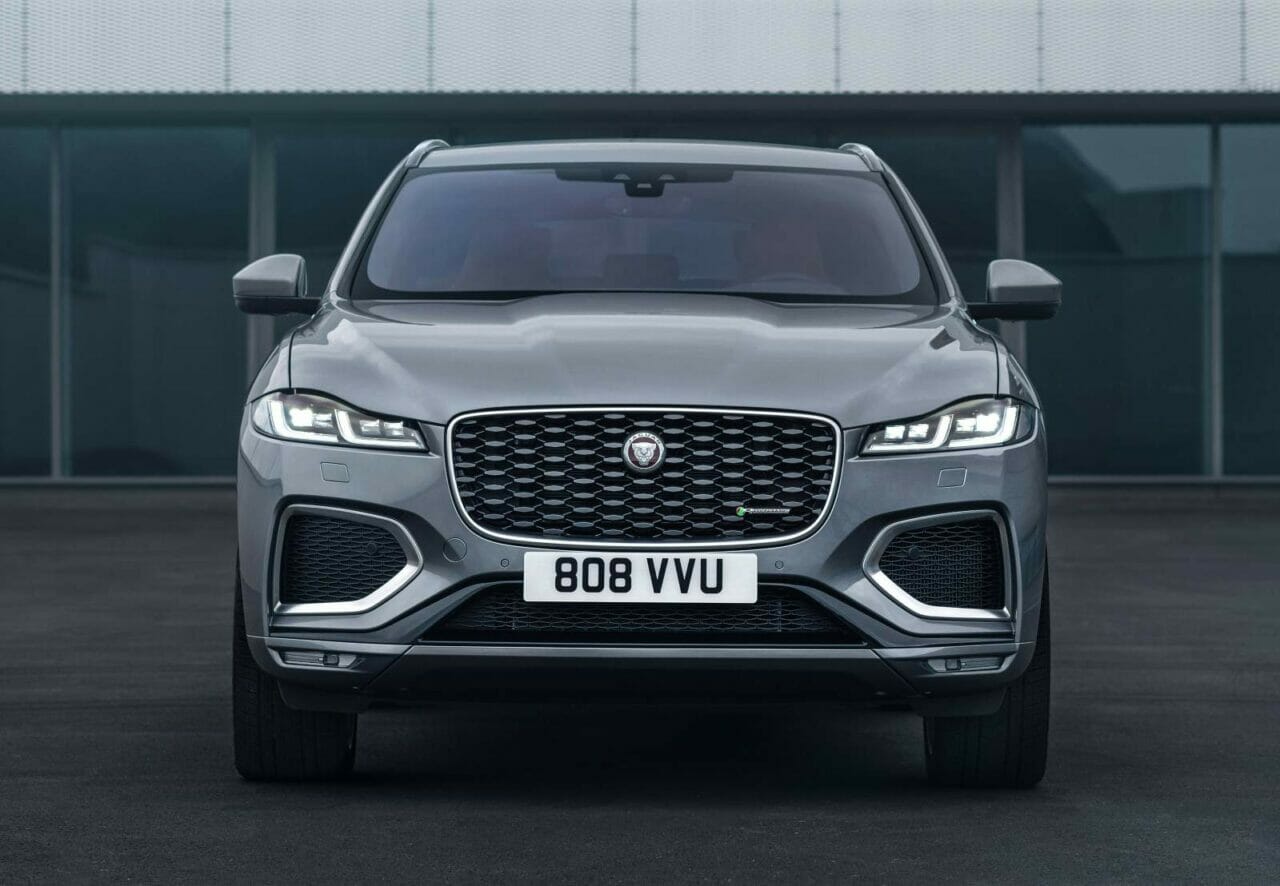 Just like every other manufacturer, Jaguar is banking on its SUVs as well, at least when it comes to our market. After launching its first electric car – I-Pace in India, the company has now started accepting bookings for the F-Pace. The F-Pace received a minor facelift last year and will now go on sale in India. While there is nothing remarkable on the exterior front, but the SUV has surely got some noticeable changes inside. It gets a number of changes over the older car, which includes a few subtle exterior styling tweaks, along with new interior design and updated technology inside the cabin.

The biggest change is the addition of a new range-topping plug-in hybrid model, which will be the first plug-in-hybrid model in Jaguar’s entire lineup. 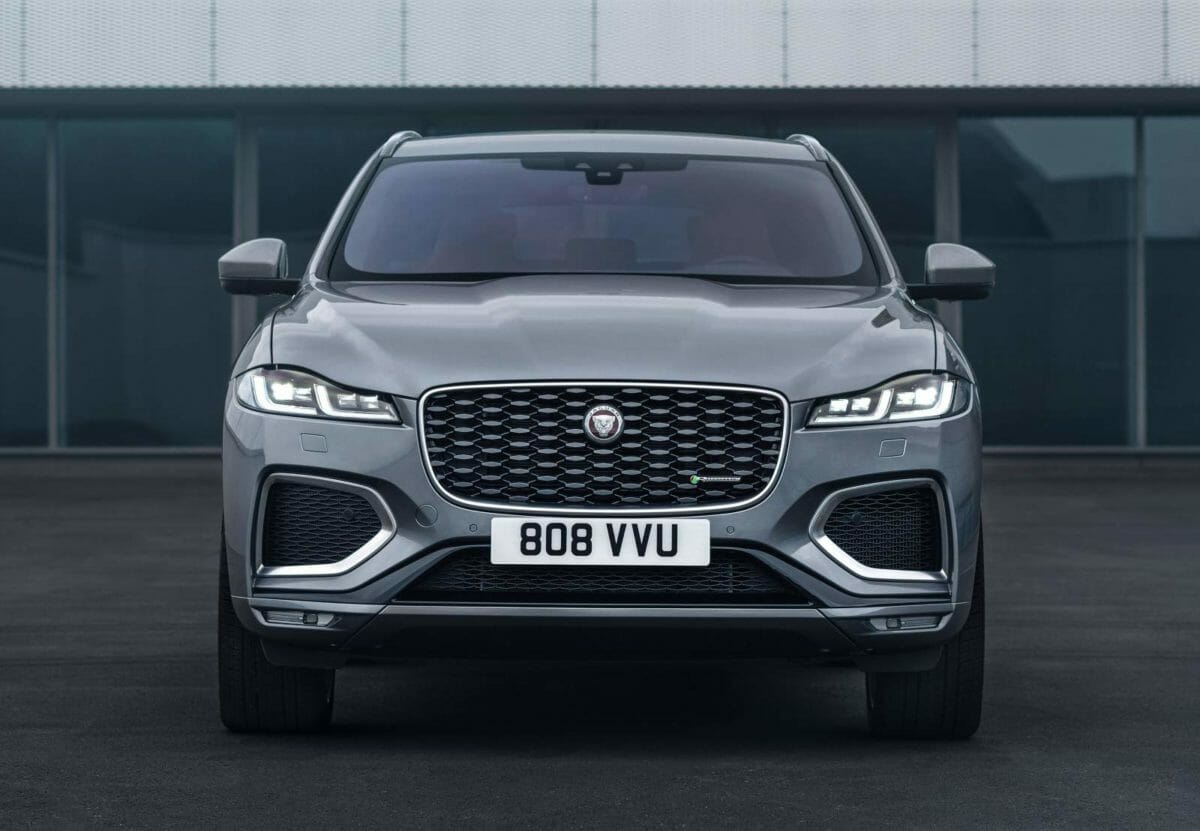 Let’s start with the exteriors, if you take a close look, you’ll notice a slightly revised front grille, along with a more defined bonnet. The other changes which are clearly visible are, the new slim LED headlamps with J-shaped DRLs. Also, at the rear, a set of new LED taillamps and exhaust tips inspired by the Range Rover Velar have been added. 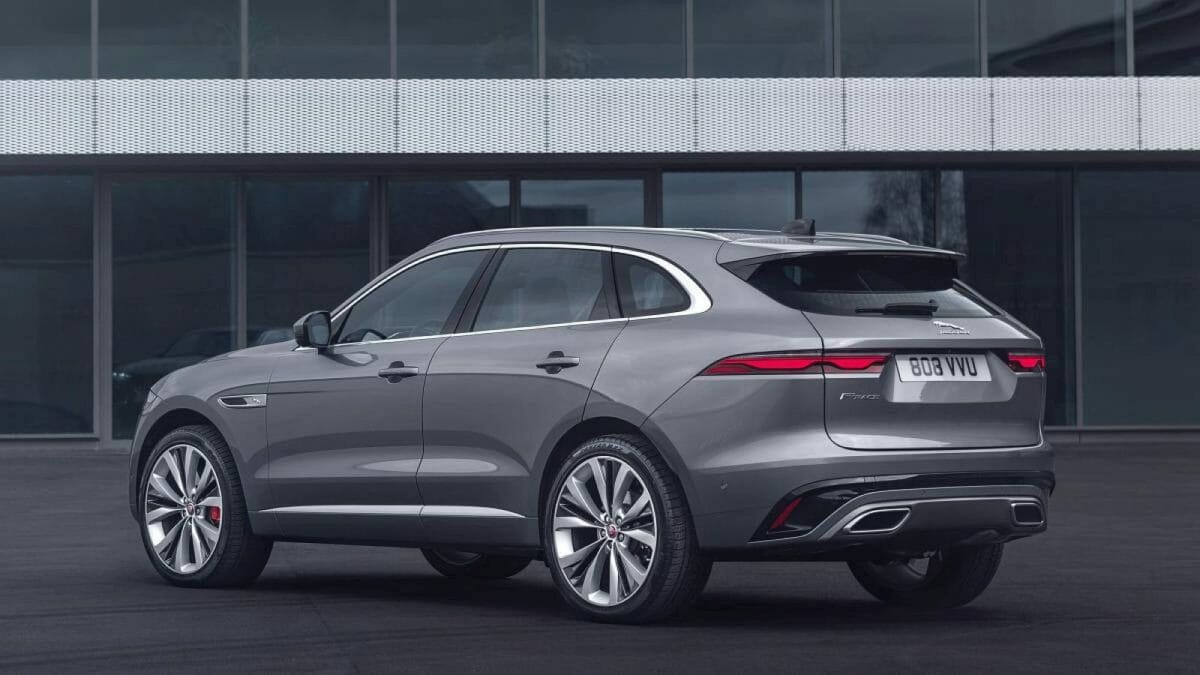 Inside the cabin, there’s a new and larger 11.4-inch touchscreen with the latest software, which has a layout that looks similar to the Range Rover’s. But that’s not all, there’s also a new 12.3-inch digital instrument cluster, a touch-capacitive steering wheel, which can also be seen on the Jaguar’s I-Pace. The company has focused on the safety measures and hygiene, during this pandemic and has added the feature of cabin air ionisation, along with a PM 2.5 filtration. 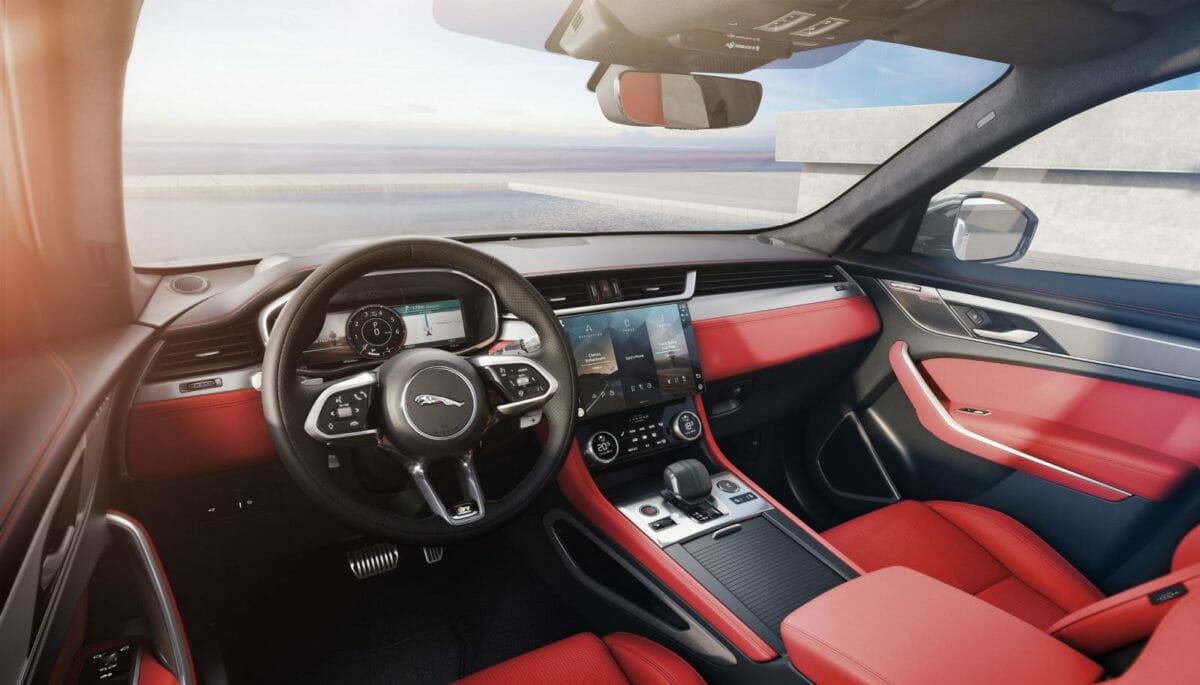 Other changes inside the cabin include the addition of new headrests embossed with the Jaguar’s Leaper emblem and a new gear selector to delight the person behind the wheel. As per the company, there will be regular over-the-air updates for the infotainment system, to keep the SUV packed with new features. 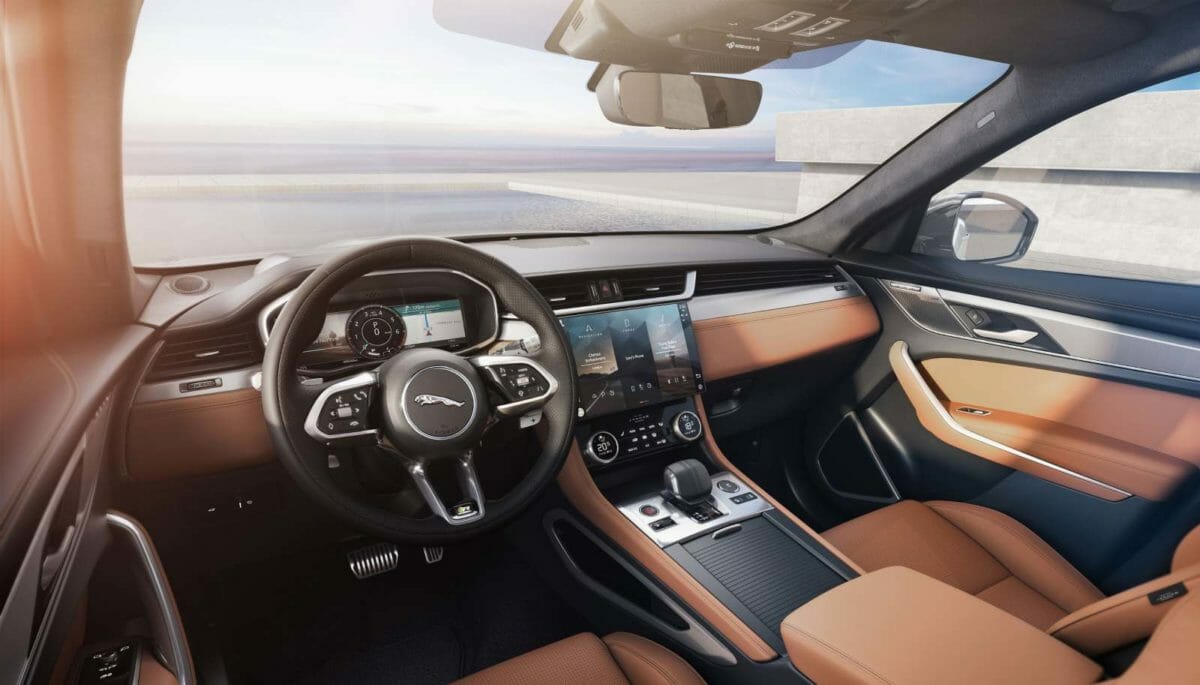 Now, if you have been wondering about the performance, firstly, an all-wheel-drive along with 8-speed automatic gearbox, will be standard across the entire line up. The new member is a plug-in-hybrid, apart from that, four mild-hybrids options are also available. 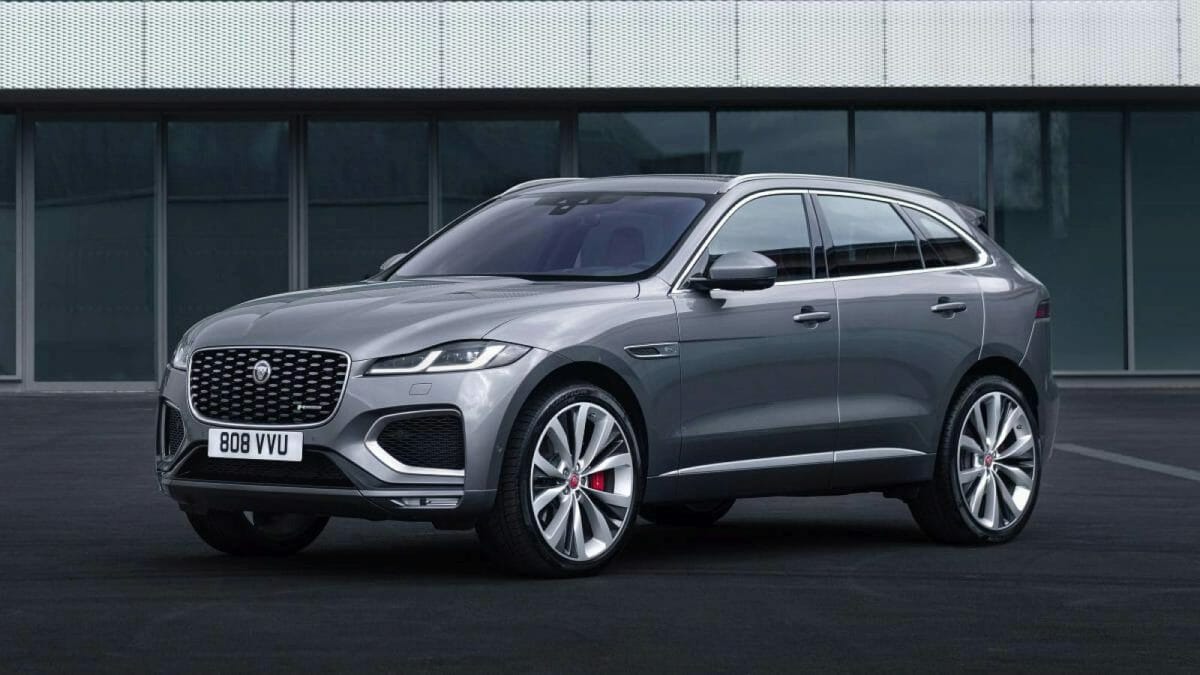 The four mild-hybrid engine options include three diesel and one petrol unit in two states of tune. The mild-hybrid petrol engine is a new 3.0-litre six-cylinder engine, which will be available with either a turbocharging option or an electric supercharger, and will be capable of producing 340 bhp and 400 bhp respectively. On the other hand, the non-hybrid entry-level 250hp 2.0-litre four-cylinder turbo-petrol engine, which produces 247 bhp of power, will also be available.

The mild-hybrid diesel engines will be available as a 2.0-litre four-cylinder unit that produces 163 bhp. The other option is a 3.0-litre six-cylinder engine, producing 300 bhp. Also on offer, for performance enthusiasts, is an SVR model powered by the same 5.0-litre supercharged petrol V8 as the current model.

The biggest highlight of the facelift is the new P400e plug-in hybrid variant that will be the first plug-in hybrid from Jaguar. It comes with a 2.0-litre four-cylinder turbo-petrol engine which produces 143 bhp, and it is also paired with another electric motor to produce a combined 404 bhp and 640 Nm of torque. The system helps it achieve 0-100kph in 5.3sec. The SUV gets a 17.1kWh lithium-ion battery pack that allows the F-Pace to be driven as an EV for up to 53km.