Home News Now, a bike that rides on a pair of spheres 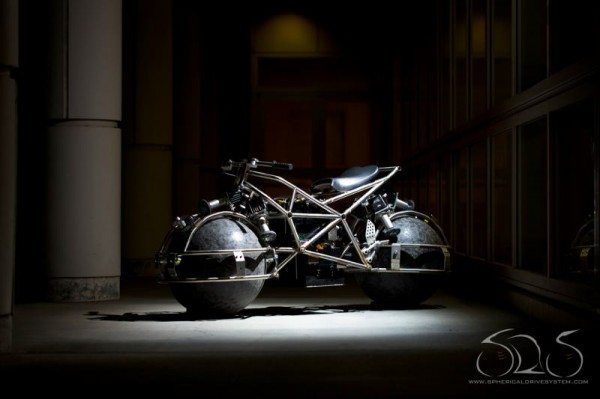 Here’s a novel concept that challenges our perception of how a two wheeler can move. A group of students from San Jose University have come up with a concept which envisages a motorcycle running on a pair of spheres. The trio of Max Ratner, Henry Li and Andrew Parmar have implemented a multi directional drive system to a two wheeler which balances itself and can literally move in any direction.

The system has taken inspiration from Segway’s self balancing technology. The initial ideas went through a number of brainstorming sessions before their metamorphosis into the designs that you see there. 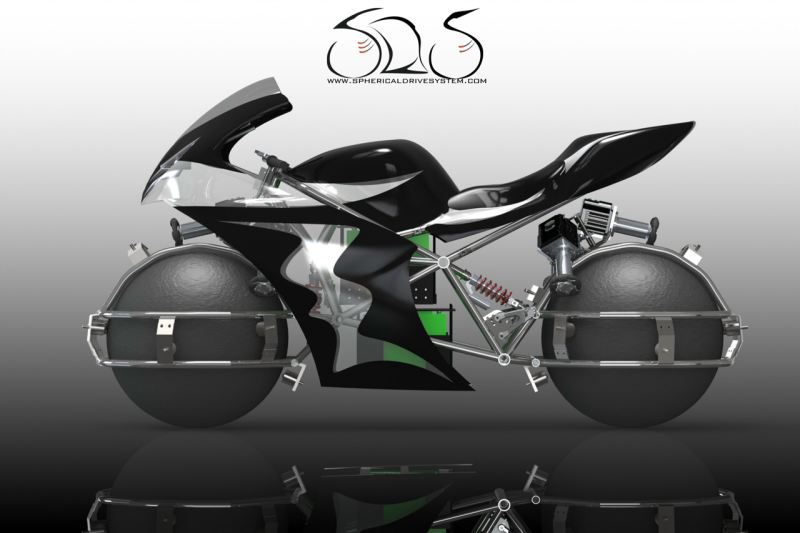 The concept includes two spheres within a cage like structure and controlled by three electric motors which keep moving constantly to keep the rig upright using modern software. This results in a machine which can move laterally and turn with a zero turning radius.

While the student trio isn’t exactly envisioning replacing the conventional drive systems, they think that there would be some advantages associated with the new arrangement. The spherical drive system would have its implications road safety and parking ease. The technology may also have its uses in applications such as fork-lifts and other forms of robots.

The trio has been supported by local sponsors including a firm called Wolfe Engineering which supplied the frame for the first prototype. Another company, Animatics, supplied the motors.

The project is still in its nascent stage and the students are still calling the project a ‘proof of concept’ than anything else.

Can a concept like this actually power the two-wheelers of future? What could be the possible disadvantages? Do let us know your views after having a look at the video below.