When gravity wants to bring you down, Felix Baumgartner and Aston Martin know that it works better than any V8 or a V12. Turning to a new power source, the British sports car maker revealed a special-edition of the V8 Vantage GTE that won the 2017 24 Hours of Le Mans at this Sunday’s Red Bull Soapbox Race at Alexandra Palace in London. The ’24 Seconds of Le Ally Pally’ witnessed a crack team of Aston Martin personnel, take on all-comers in a miniature version of the Le Mans winning V8 Vantage GTE. 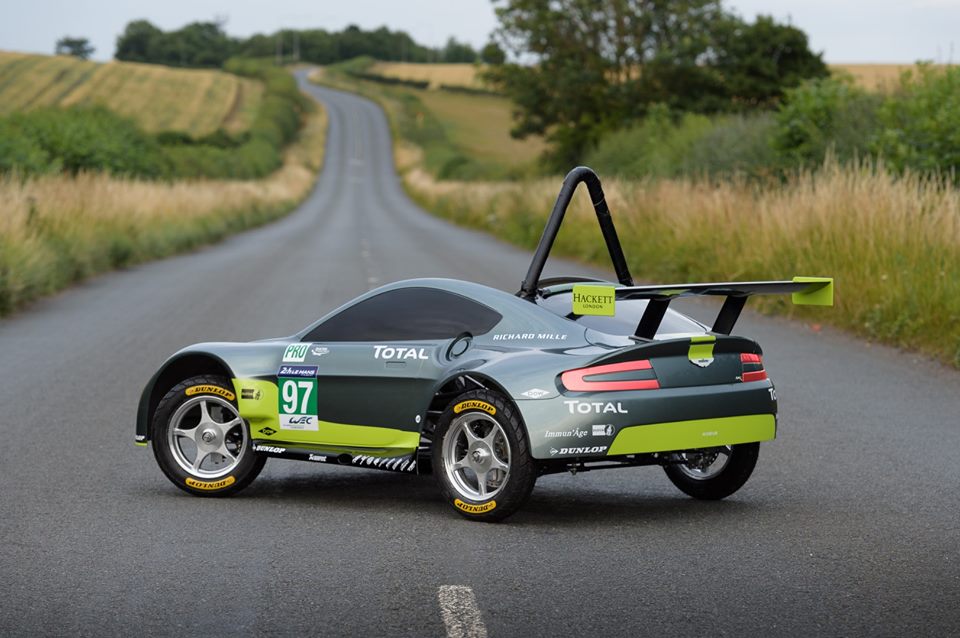 Over 104 years ago, early Aston Martin cars were designed for hill-climb racing. But all that knowledge can now be turned on its head. It’s not great news for those who love the sound of a V8 or V12 engine as the power source for this event was something much quieter. With design and engineering by Aston Martin and the build taking place at Aston Martin Works in Newport Pagnell, the Aston Martin challenger was a favourite for the event. 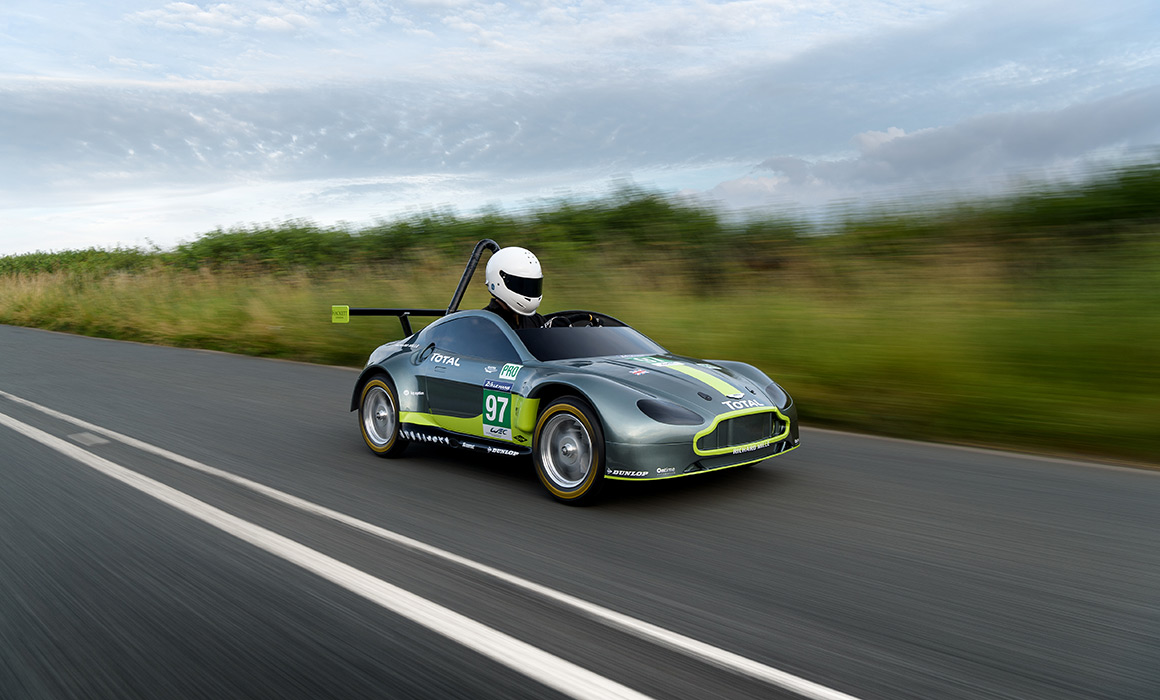 David King, President of Aston Martin Racing said: “When taking on a challenge as big as this it is important to rally your troops and throw everything you’ve got at it. Aston Martin has enjoyed great on-track success with the V8 Vantage GTE so it was the obvious choice for the design of our soapbox entry. I don’t think we’ll be putting our race drivers in it though as we need them to be in one piece for their next World Endurance Championship race the following week!” 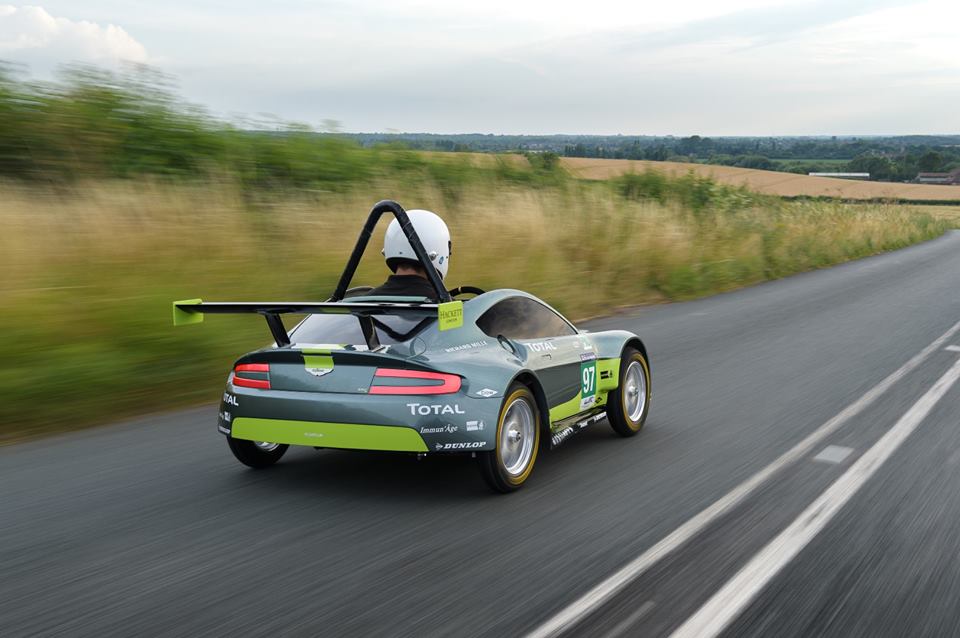 Entrants were judged on speed, and creativity of design. They were also judged on showmanship and this is where Le Mans winners Darren Turner (GB) and Jonny Adam (GB) helped. Well-known for their ability to put on a great show, the two racers were on hand to support Alex Summers, Aston Martin Prototype Operations Senior Engineer who volunteered to race the mini-Vantage.