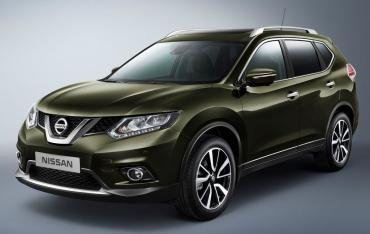 We reported in detail when Nissan unveiled the latest gen 2014 X-Trail crossover at the Frankfurt Motor Show this year. That the latest X-Trail has food chances of coming to us is a pretty well known fact and it is now being said that the car could through the Completely Knocked Down (CKD) route. It may be noted that the 2nd generation X-Trail, which is on sale in India, comes to us via CBU route and this means that the car is being sold with a “not-so-attractive” price tag. All this could come to an end with the advent of the new X-Trail, which in all chances, would carry a competitive price tag.

The latest X-Trail could be sold with two turbo diesel engine options- a 1.6 liter and a 2 liter. It is highly likely that only the bigger oil burner would make it to us.

The latest gen 2014 X-Trail gets a completely new styling, is more spacious and has an extra row of seats, and is as new-age as any of its rivals. The new X-Trail comes equipped with features such as an active ride control system (adaptive suspension), active trace control and active engine braking. The new X-Trail will go on sale in international markets with both front wheel drive and all wheel drive options but we wonder if same would be the case in India.

There also are good chances that the new 2014 X-Trail would come to us soon after its international debut and as we said above, CKD assembly would mean that the car could be a lucrative prospect for buyers of premium crossovers in India. Stay tuned to Motoroids for updates on the Nissan X-Trail India 2014 launch.