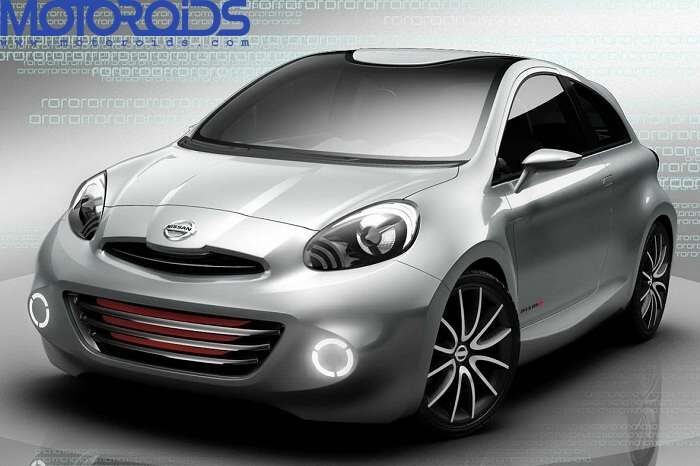 While the Micra derived looks are totally unmistakable, this new design study, christened Compact Sport Concept looks much sportier and desirable than its stock sibling.  The car was unveiled at the ongoing Shanghai Motor Show in China. Unlike its Indian production model, the Compact Sport is not a five-door hatch. It’s a three door (two at the front and one at the back) hatch, oriented towards enthusiastic driving.

The new design has come out of Nissan’s global design center in Japan and the Beijing design studio in China. The new car has been designed for ‘young customers in emerging countries’. Now India too is market with primarily young customers and is emerging like no one else! Does that mean that the concept, in its production version has an India launch possibility?

The concept is very sporty in design and reeks aggression. The Micra has opened up her lips in the form of a bigger grille on the Compact Sport Concept, and the air dam too is more aggressive now. Mild curves have been replaced by sculpted surfaces, wheel arches are now more bulged and the bumpers are massive. The most important change is the windshield, which is now digging its fangs into the roof.

On the power front, the Compact Sport Concept comes with Nissan’s 1.6-liter turbo charged petrol engine producing a whopping 190 bhp. The four-pot mill will be mated to a CVT tranny with six-speed manual shift mode.