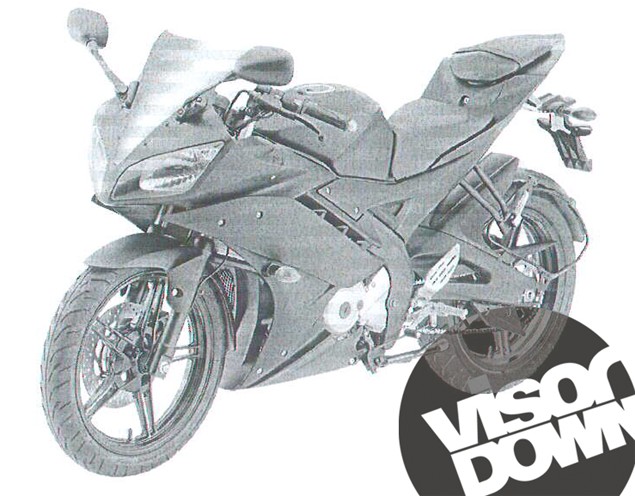 VisorDown is reporting that Yamaha have readied their warrior to counter Honda’s recently introduced CBR 250R. And from what the first reports suggest, the new bike is based on the India specific Yamaha YZF R15, which means that the bike has the highest probability of being launched in the country before anywhere else.
The image shown here is allegedly a Xerox of the new Yamaha 250 which has not made an appearance to the public ever. The website also reports that Yamaha India have localized the new bike heavily to keep the costs low and put the new Yammy across as a genuine pound-for-pound contender for the Honda 250.
The Yamaha 250 will be a liquid cooled single, just like its R15 sibling, primarily to avoid the higher costs of a twin. The design of the new bike will be sportier too, with a more aggressive front, new alloys and a racy split seat. The swing-arm on the new bike will be new and stronger as well, which apparently has been derived from the R125.
We would like to bring back to you the Yamaha R125 speculation that started long back on our site, where a bike similar to one pictures here was caught testing. Seems like the bike was indeed a 250, and not a 125 as speculated. There has not been an official word on Yamaha yet, so it’s difficult to say how much truth this news has.