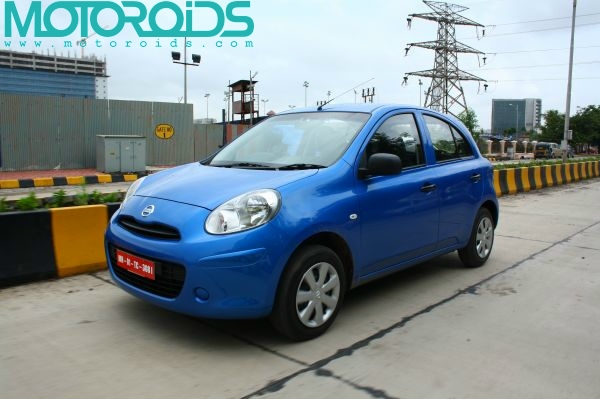 Nissan Motor India registered a sales figures of 1256 nos. in Spetember 2010, out of which 1183 came from the Micra. Nothing surprising considering that the Nissan Micra has been well received in the country thanks to its chic styling and novel features. Don’t understand what we are talking about? Then read our review of the Nissan Micra now! Apart from the healthy sales figures, Nissan has also introduced new customer care services like a 24-hour call centre (which can be accessed by dialing 1800-209-4080 or by writing in to customercare.hai@email.nissan.in), extended warranty for the Micra and other cars and a Roadside Assistance Program. In case you own a Micra or are planning to get one, then you can get more information about these services at your nearest Nissan Showroom or at the customer care contact info that we provided above.

Chennai/Mumbai, October 4, 2010: Nissan Motor India Private Ltd (NMIPL) today announced that it has registered total sales of 1256 nos for the month of September 2010 as against 57 nos in September 2009.

In order to cater to the growing domestic demand, the company has already re-aligned it production schedule and has been gradually scaling up production. The delivery period for the Nissan Micra is around two months and the company expects to control it in the coming weeks. The company is also geared up to start full shipment of exports to Europe and other countries in October 2010.

Nissan has a progressively increasing order book of around 4500 bookings for Nissan Micra and with the expansion of its dealership network, the company hopes to have a far-reaching impact across the country, thus providing more and more customers the joy of an ownership experience of Nissan products and services.

The Nissan Micra comes with a standard manufacturers’ warranty of 2 years/50,000kms (whichever is earlier). In order to understand customer needs and resolve their queries, Nissan has established ‘Nissan Care’ – A Customer Contact Centre. Customers can reach Nissan by dialing Toll-free No 1800-209-4080 or alternatively by writing an email to customercare.hai@email.nissan.in

As part of its after-sales commitment, in an effort to handhold the customers and provide them with round-the-clock assistance, Nissan has introduced a host of customer care and service schemes including Extended Warranty and Roadside Assistance for its products starting with the Micra.