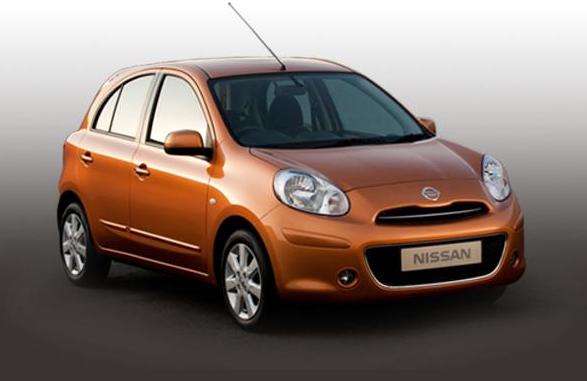 Nissan has announced that the Micra will be launched nationwide on the 14th of July. The pre-order bookings of the Nissan Micra have crossed the 1000 mark in just four weeks since the bookings began at the company showrooms from last week of May 2010. The news was officially let out by Nissan Motor India Private Limited today. To be precise, the car registered 1049 pre-order bookings. Delhi registered the maximum number of bookings followed by Bangalore, Ahmedabad, Mumbai and Chennai amongst others.
Nissan India has observed a spike in the bookings of the car, amounting to as much as 40% after the company launched their multi-media teaser campaign featuring Ranbir Kapoor.
Commenting on the development, Mr. Kiminobu Tokuyama, MD & CEO, Nissan Motor India said, “We are delighted with this encouraging initial response. With the launch of the new Nissan Micra next month, Nissan will begin an exciting journey in India aiming to provide Indian customers with a full range of products and services. We are confident that this booking trend will continue to improve as we move closer to the start of sales by middle of July 2010.”
Abhijeet Pandit, Vice President –Sales & Marketing, Hover Automotive India, said “We are overwhelmed with the response received on the bookings for the new Nissan Micra and it has already exceeded our expectations. This is very encouraging and we thank the customers for the appreciation and the enthusiasm shown to purchase the Micra. It is also heartening to note that our exercise of announcing Ranbir Kapoor as our brand ambassador has yielded good results and we have seen a jump of nearly 40% since the teaser campaign went on air from June 10, 2010. This is just the beginning but I would like to thank the sustained efforts of our dealer partners for this achievement.”