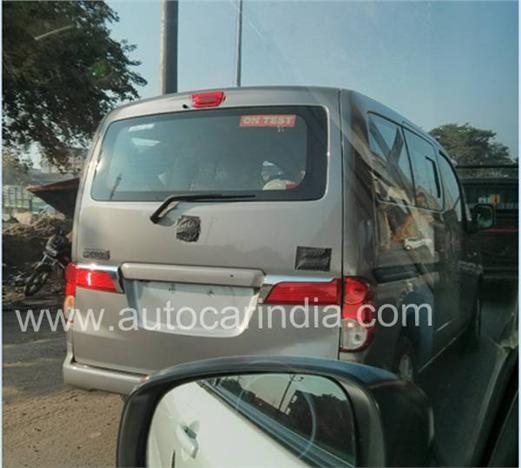 Thanks to a report by Autocar India, it has come to light that Nissan India is gearing up to come up with a comprehensively updated version of its Evalia MPV at the Auto Expo 2014.

The Nissan Evalia facelift India launch could happen in less than four months and it would be the second time that the Indian subsidiary of Nissan would launch an upgraded Evalia in our car market.

This time around, Nissan India will bestow the MPV with a new front grille, a factory-fitted aircon for rear seats and several such upgrades that would work together to make the slow-selling model more popular with the car buying lot. Nissan has said that the updated Evalia could be showcased at the fast approaching Expo and they are working hard ‘to make it even better’. “We are working to penetrate into the customer’s mind and convince him/her that Evalia is a very comfortable and affordable good car,” said a senior Nissan official.

It may be noted that so far, the sales performance of the Evalia MPV have been dismal and till now, only 1200 units of this model have been sold. However, Nissan is far from giving up on the Evalia and Kenichi Yomura, president & CEO, Nissan Motor India has said,“I have no intention to blame the customer. In the market, customer is the king and the customer is God. We haven’t done enough to convince the customer,”.

“We are working to penetrate into the customer’s mind and convince him/her that Evalia is a very comfortable and affordable good car,” Yomura added.

Stay tuned to Motoroids for more updates on the Nissan Evalia facelift India launch and other related details.