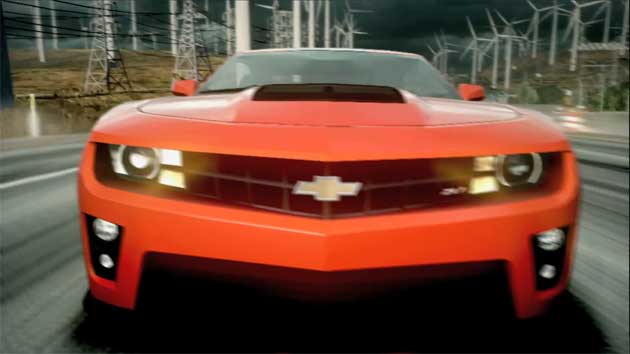 Back in May we told you about NFS developing the next game in the series which will be NFS – The Run. We also showed you a teaser of the game; today NFS has showcased a trailer of their ambitious upcoming new project.

The graphic quality and gameplay is so real that sometimes you will find it hard to distinguish between the real and virtual graphic. NFS has raised the bar of racing games through their new venture which will surely set a benchmark for rest of the games to follow.

NFS Run will come in two versions – standard version and the other one is showcased in the trailer which will be a limited-edition version which offers new cars like the Lamborghini Aventador, Chevrolet Camaro ZL1 and the to-be-unveiled Porsche 911 Carrera S. The Game is available on pre-order and Developed by Black Box, Need for Speed The Run will be available November 15 in North America, November 17 in Europe, and November 18 in the UK for 3DS, PC, PS3, Wii, and Xbox 360 and will hit the Indian shores round about the same time.

The Run, NFS game series has taken the storyline route where you play the protagonist. As a player you will participate in the underground world of forbidden, high-stakes racing in San Francisco to New York. “This is the year that Need for Speed goes to the next level, We think that Need for Speed The Run is going to surprise people with its intense, thrilling story and big action feel. But the game would be nothing without hot cars and crazy-fast chases. So that is what we’re delivering — explosive racing that will have players flirting with disaster at 200-miles an hour” said Jason DeLong, executive producer at EA.