Japanese car maker Toyota launched the Etios sedan in India in the year 2011. Now, according to reports, Toyota has commenced working on the next-generation model. The next-generation Toyota Etios is expected to debut at the Auto Expo 2016 in India. 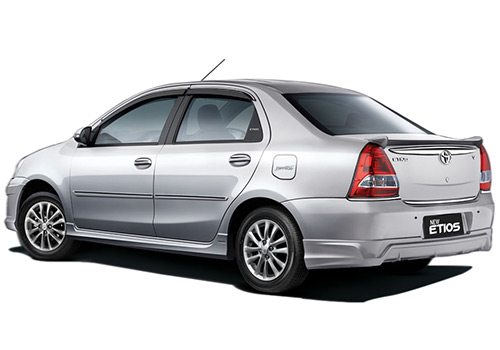 The Toyota Etios couldn’t really set the sales charts on fire for the Karnataka based company. The reason for the lukewarm response  according to the car maker, is the boxy styling which the current gen Etios carries.

“Design is one issue and you will see that the new version will have a much better design,” said Hisayuki Inoue, CEO Asia-Pacific operations, Toyota. According to reports, the next-gen Etios is expected to carry over design cues from the new Corolla Altis and may also feature the LED daytime-running lamps as.

According to the car maker, the Etios has advantages over others in terms of fuel efficiency, space and durability, and they want to portray these aspects in a better form with the next-gen model. The company has undertaken various studies to gather feedback and customer preferences across the Indian market, which will be considered for the next gen Etios.

According to reports, the new 2016 Toyota Etios will come with a completely new body and will bear little resemblance to the boxy shape of the current model. Engine options are expected to be carried over from the current gen model.

Also, the company will be launching the new Etios Cross and the new Corolla in May 2014

Stay tuned to Motoroids for more dope on the next gen Toyota Etios.