Home Mercedes Benz Next gen Mercedes Viano to be christened as the V Class. July 2014 Launch

The next-gen Mercedes Viano has been in news of late. We have already seen many spy pics of the next gen van and now, sketches that reveal a lot about the next model’s styling have surfaced on the cyber space.

It is very likely that the new gen Viano van will make its public debut in July 2014 and will go on sale with the ‘V-Class’ moniker. 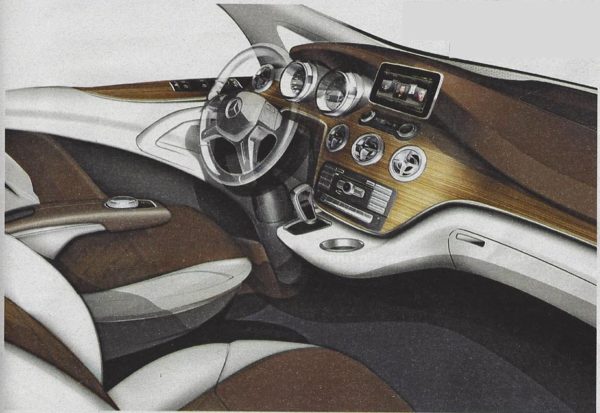 The new Mercedes V Class aka all new Viano will be considerably more luxurious than the outgoing model and will come with enough gizmos and creature comforts to stick out a tongue at many luxury sedans from its own manufacturer.

Engine options for the 2015 Mercedes V Class could comprise of as many as three oil burners and a petrol motor, all mated to a 7G-Tronic dual-clutch transmission.

Also, the Viano, nay, the V Class will no longer be sold at Mercedes Commercial Vehicles dealerships and will instead share showroom space with passenger cars such as the A Class, B Class, et al.  This will make sure that the well heeled customers would no longer have to be apprehensive about heading to truck dealerships to buy the luxury van.

The next-generation Viano will also replace the R-Class MPV. It would be interesting to see if the next gen Viano aka 2015 Mercedes V Class would come to our shores. Going by how Mercedes India has been brining almost all its new models to our country of late, we won’t be too surprised to see the new V Class going on sale in India.