Finally, we have some good news for all the Mahindra Thar fans who have been waiting desperately for the launch of the new generation model. The new Thar has been in the pipelines of Mahindra for way too long and the fans of the off-roader have become restless now.

However, the Indian automaker has revealed the date of the new generation Thar’s unveil and it is rather a well-suited one. The new Thar will make its maiden appearance in front of the world on the auspicious day of August 15 this year, India’s Independence Day. 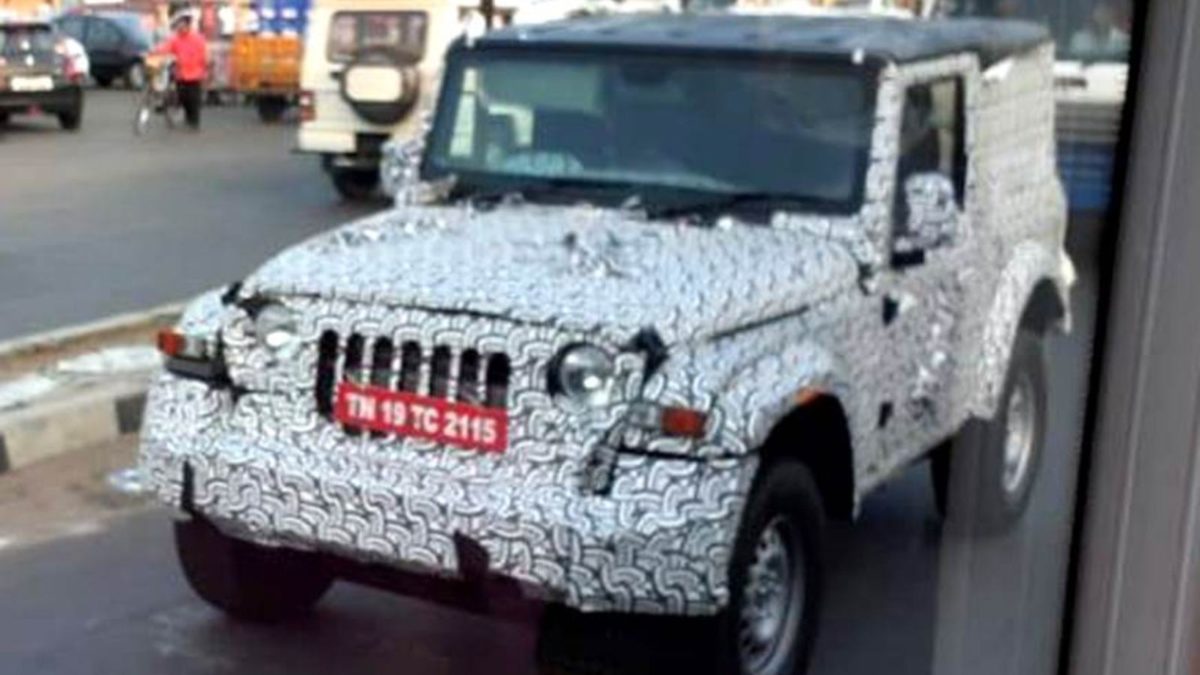 We have been seeing this SUV testing for ages for now with different test mules caught on camera for over a year. The new Thar didn’t even make its appearance at the biennial motor event at the AutoExpo 2020 in Greater Noida. The new model was supposed to be launched earlier this year, however, due to the Covid-19 pandemic and the subsequent lockdown pushed the launch further.

The new-gen Thar is set to be offered with a host of cosmetic and mechanical updates along with a set of new BS6 engines. Unlike the current generation, which is offered only with a diesel engine, it is likely that the new generation will be available with both petrol and diesel powertrains. The new Thar is expected to come with the updated version of 2.2-litre mHawk diesel engine with BS6 norms, which will also power the new generation Scorpio and XUV500. In addition to that, it will come with a new 2.0-litre mStallion turbo petrol engine which was one of the engines showcased by Mahindra at the Auto expo. 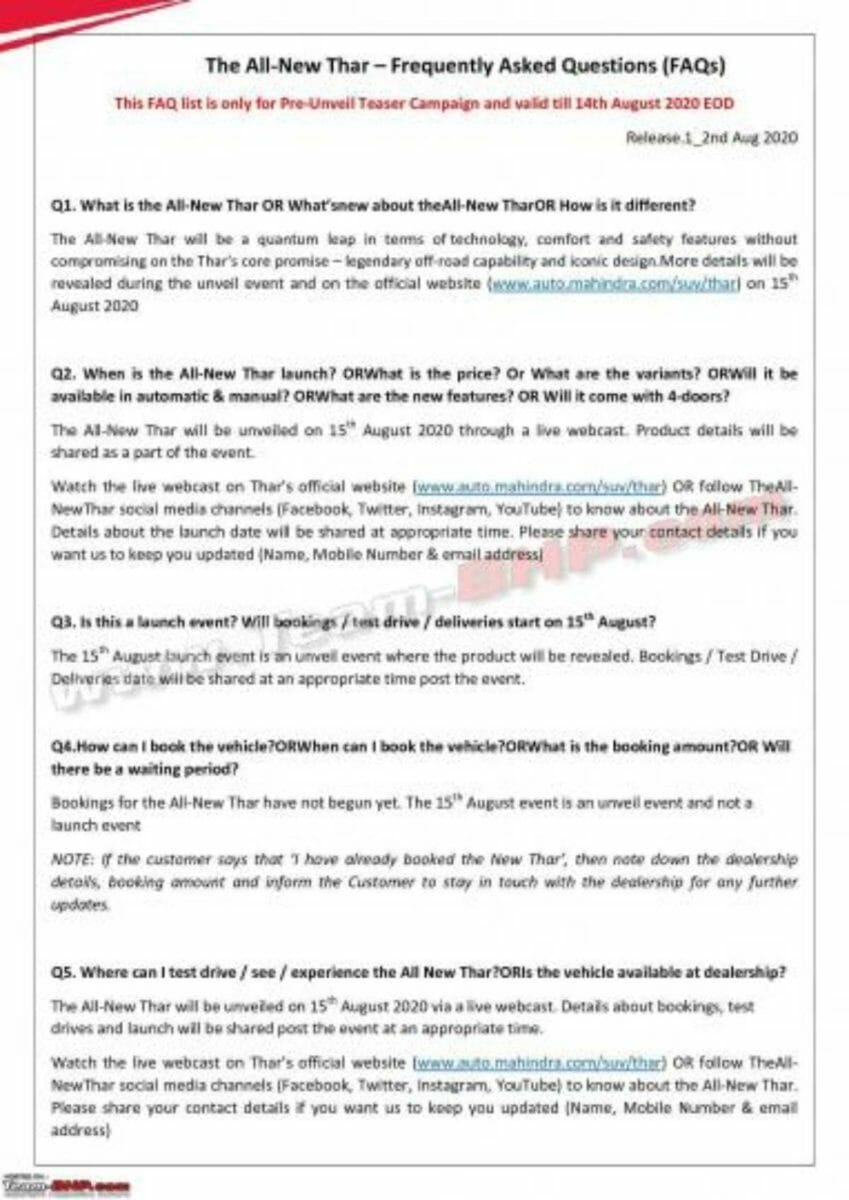 While the petrol engine is set to produce 190ps of power and 380 Nm of maximum torque, the 2.2-litre diesel unit is expected to produce way more power than the outgoing 2.5-litre unit. This time around, it is also likely to be offered with an optional automatic transmission with a 6 speed manual as standard. The Thar’s USP has always been its off-roading prowess and it will offer the 4×4 low (L) and high (H) function along with a Mechanical Locking Differential(MLD).

The cabin will seem a lot plusher than the previous generation which was bare bones. The updated cabin will feature an all-black dashboard with new dials for the climate control system, new steering wheel, restyled central air-con vents, and even a touchscreen infotainment system, possibly with Android Auto and AppleCarplay connectivity.

The 2020 Thar is also expected to get a brand new instrument cluster with a MID (Multi-Information Display) unit and a new gear lever. It will also feature comfortable seats with improved side-bolstering and upholstery for the driver and co-driver. In terms of safety, the upcoming model will feature ABS with EBD, driver airbag, rear parking sensors and speed alert system as standard across variants. Also on offer will be dual-front airbags, cruise control, parking camera, and front seatbelt reminder. 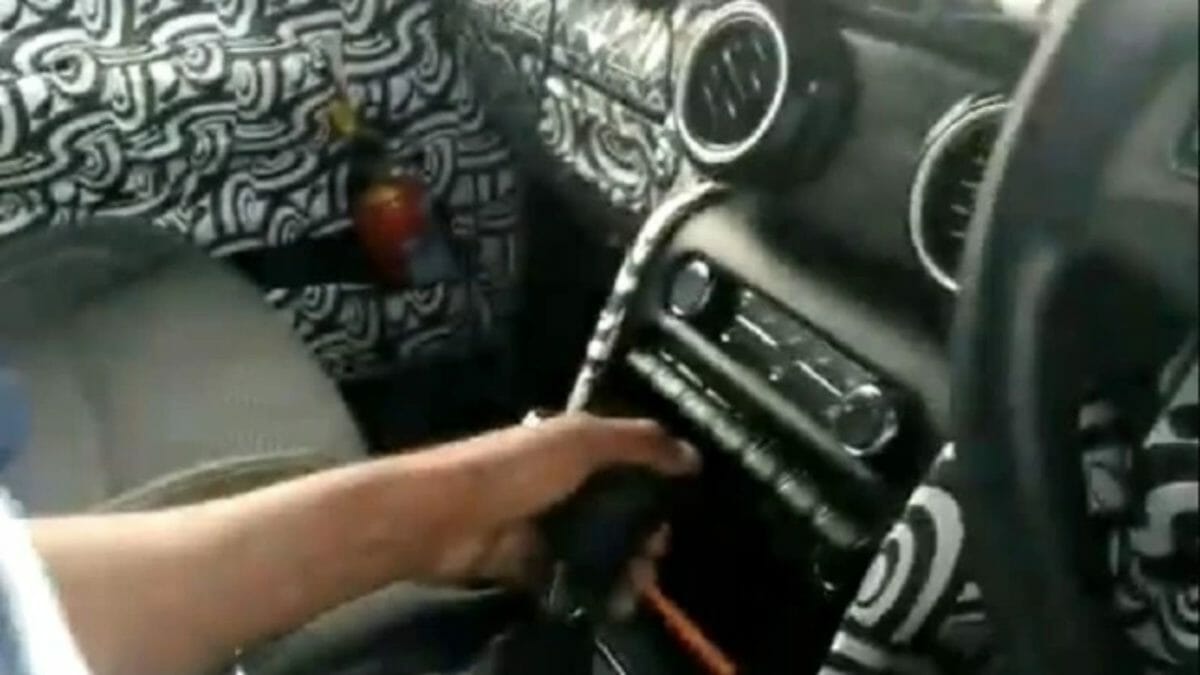 The big change in the interior is expected with the rear seats now expected to be the more conventional front-facing rather than the side-facing bench seats. Hence, evidently it is expected to be larger in dimension, although exact configurations are yet to be known. It is also likely to come with both the soft and hard roof options. From the several images of the test mule, it is likely to sport new alloy wheels.

We can expect the 2020 Thar to reach showrooms by this festive season. Considering the hefty updates, one can expect prices to start above the Rs 10-lakh mark (ex-showroom). It will rival the likes of the upcoming Force Gurkha facelift and the Maruti Suzuki Jimny at the Indian market.