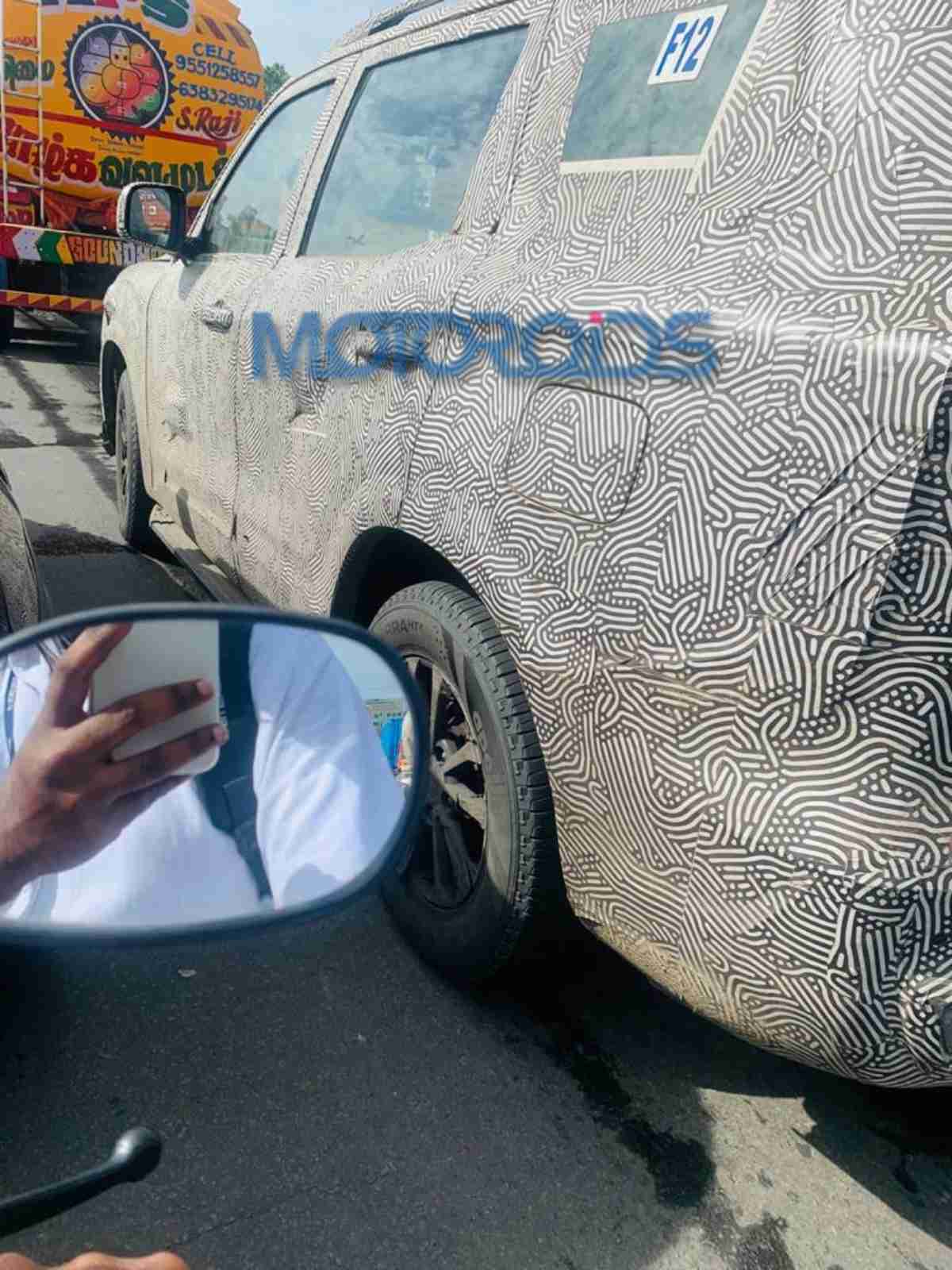 While other manufacturers are busy diversifying and electrifying their range, M&M is playing its own game and doing what it does best – make SUVs. Mahindra has already laid out its road map for the next 6-7 years and if their upcoming product lineup is anything to go by, we are in for a treat! Mahindra is gearing up to launch the XUV700 and is leaving no stones unturned in building the hype around it. At the same time, it is also testing the next-gen Scorpio. Both the SUVs are crucial for the carmaker and both will receive a generational upgrade soon. Ahead of XUV700 official debut, our reader Emil Dicks from Chennai has spotted next-gen Mahindra Scorpio. 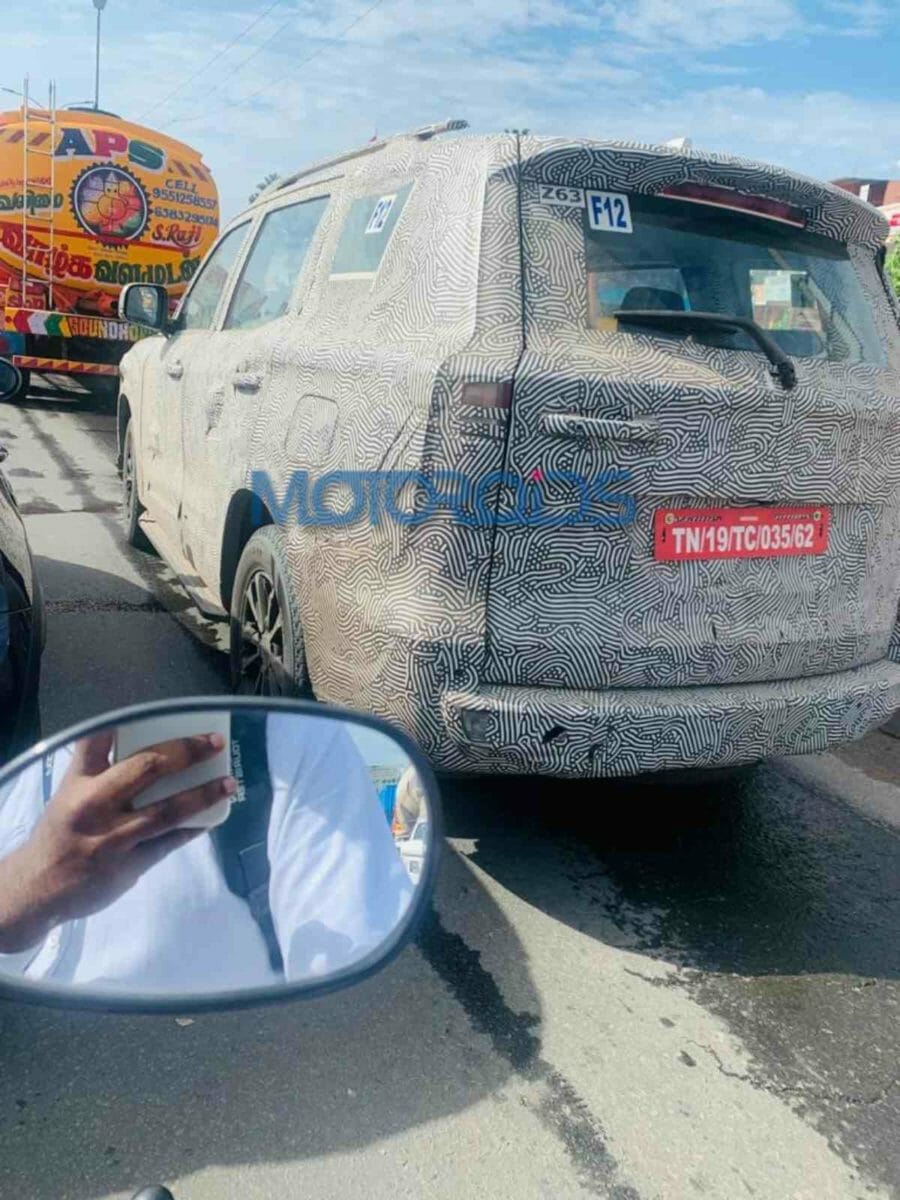 As is evident from the spy shots, the next-gen Scorpio will sport 17” alloys wrapped with 245/65 section rubber. Spy shots that surfaced previously also revealed that the new Scorpio will boast disc brakes all around. 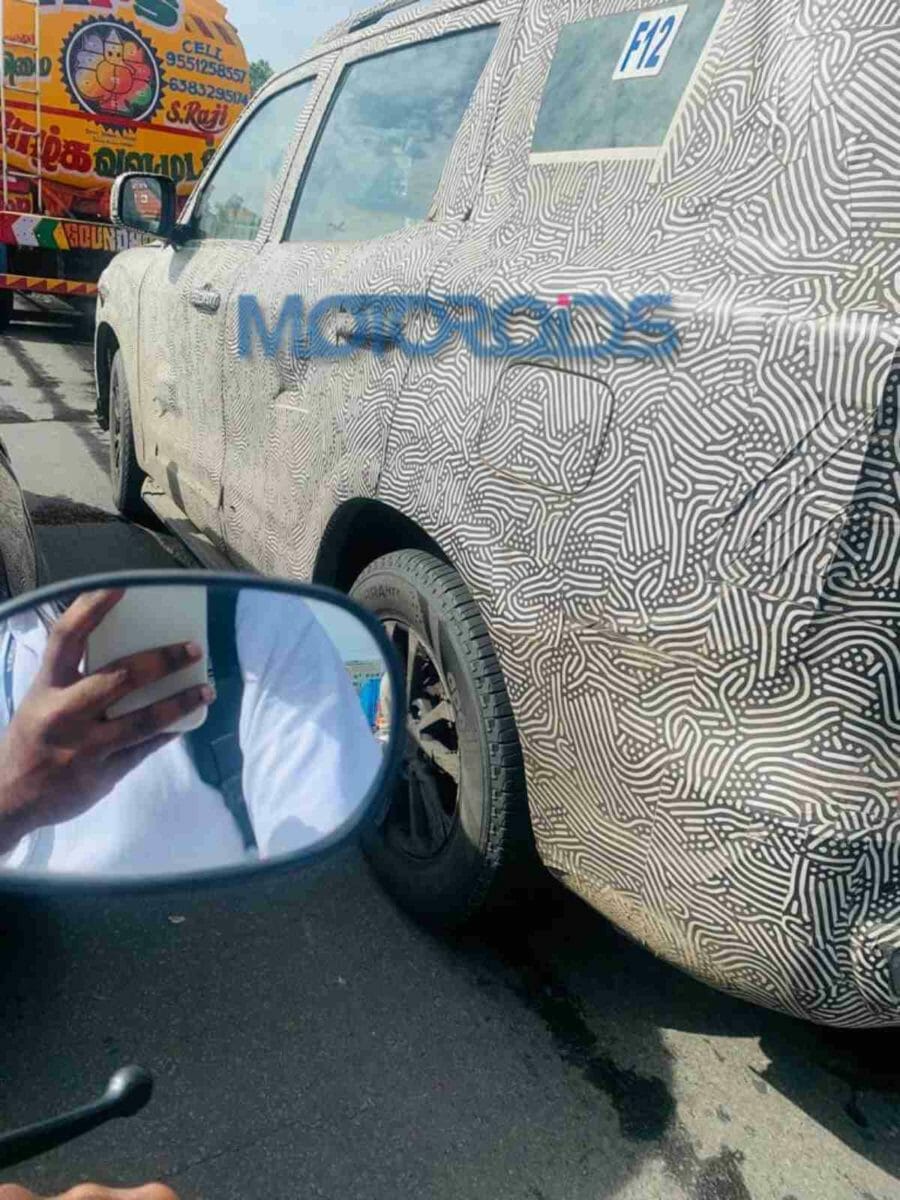 From the previously spied test mules, it is clear that the Scorpio will be longer and wider meaning there will be more room inside. It looks mean and built for abuse in its tall, boxy frame. It will be underpinned by an all-new platform, that underpins the Thar as well. Under the hood, it will get a 2.0L, mStallion turbo petrol engine which should make more than 150HP and a 2.2L mHawk diesel engine which should deliver around 160HP of peak power. It will be mated to a six-speed manual or an automatic unit. This platform should also offer very good safety ratings for the new-gen Scorpio.

New Scorpio’s interiors have been spied as well. The first and foremost thing that you would notice has to be the premium quotient of the cabin. The seats of the test mule are wrapped in dual-tone leatherette upholstery with tan brown and black colours, lending it an upmarket feel. 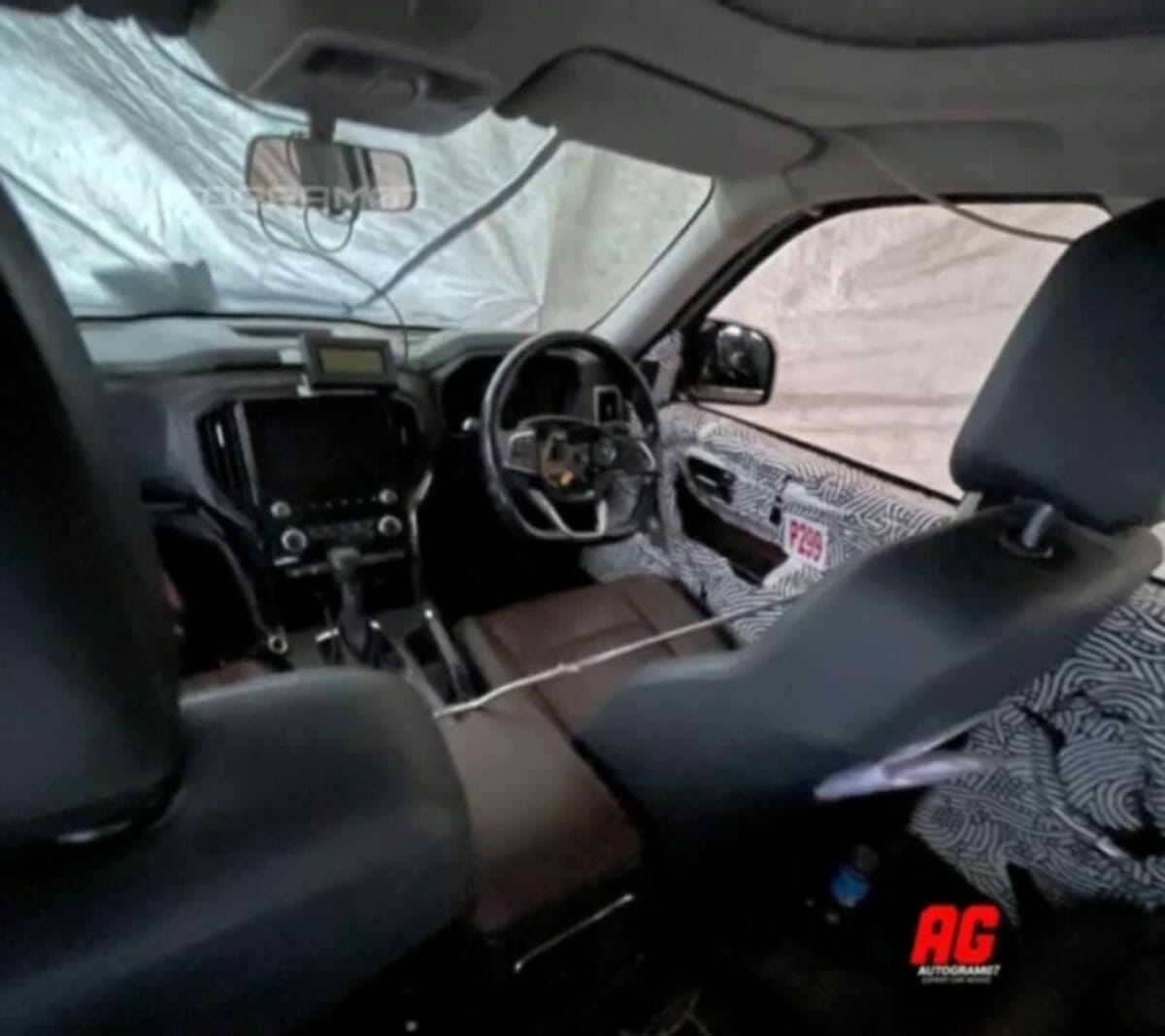 The dashboard layout is also completely redesigned and looks a lot different than what we have seen on the upcoming XUV700. Although the size of the touchscreen isn’t official, it seems to be around 8-inch. It also gets a multifunctional steering wheel with a flat bottom. Other expected features are an electric sunroof, 2-zone climate control, cubby holes, Type-C charging ports, chromed knobs and a semi-digital instrument cluster.