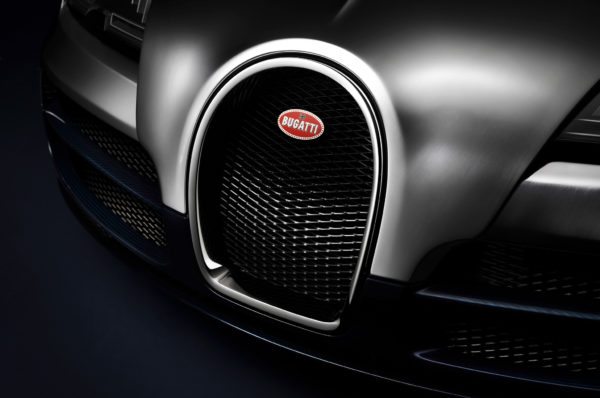 If you thought that ze Germans would keep quiet post their “defeat” against the Hennessey Venom GT, you would be wrong. You see, there was a time when the Bugatti Veyron Super Sport was the reigning King of speed, but the Americans got the better of it with their Venom GT. The speed difference between these two technical tour de force machines is less than 2 km/h, but that’s enough for a world record. After this debacle, Bugatti engineers have been working away on an even faster, more powerful and completely ridiculous upgrade for the current gen Veyron. What they have managed, in essence, is to squeeze almost 300 more horses out of the 8.0-litre quad-turbo W16 motor. According to some reports, the next-gen Bugatti Veyron has already been spotted testing and, stretching its mighty legs.

It’s easy to assume from the above image, that the new Veyron probably won’t be a huge departure in terms of its styling, retaining its earlier guise, almost completely. That said, there will be some elements in the design that won’t be a carbon-copy of the current car. These include a newer design rear window, different styling for the engine cover and most noticeably, a NACA-fashioned air ducts in the roof. The design of the new Veyron has been signed off by Bugatti. This “mule”, if you can call a Bugatti so, will probably be powered by the upgraded powerplant under its bonnet. And for the first time in a Veyron, this engine will be blessed with direct-injection and an advanced electrically assisted turbos. The advancements to the engine don’t stop there, there’s also going to be a electric motor which will be integrated to the car’s transmission, not to each of the wheels. Oh, there will also be a tiny battery pack to go along with this, perhaps to charge your iPhone, may be. 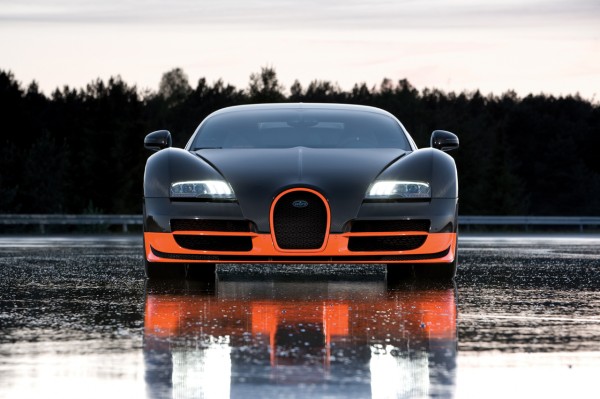 The Veyron was never a light car, but with this new one, Bugatti boffins have called for a few fairies and managed to make the car even lighter than before. The reworked engine is to make almost 1500 horsepower, but the torque has been kept pinned at almost 1500 Nm (not that it’s less, is it?) The reason Bugatti chose to not increase the torque, is that if they did, the gearbox might very well explode. When you have an engine that churns out so much oomph!, you produce a lot of heat. That is why the new Bugatti Veyron will employ larger air intake ducts and a redesigned engine cover to thwart the engine from melting. The rumour in town is that the geeks inside the chamber of Bugatti secrets, are actually aiming at a top speed of 460 km/h for this new Veyron. This will make the upcoming car over 30 km/h faster than the current fastest Veyron, the Super Sport. We can safely assume that then the acceleration time for the new car, from 0-100 km/h, will be quicker than the current car’s 2.5 “yawning” seconds. The Super Sport wears a price tag of almost Rs. 20 crores, and Bugatti still has 3 or so left to be sold. The new car might also be made in similar limited numbers (450 units) and will come dressed with a ‘not so limited’ price tag. 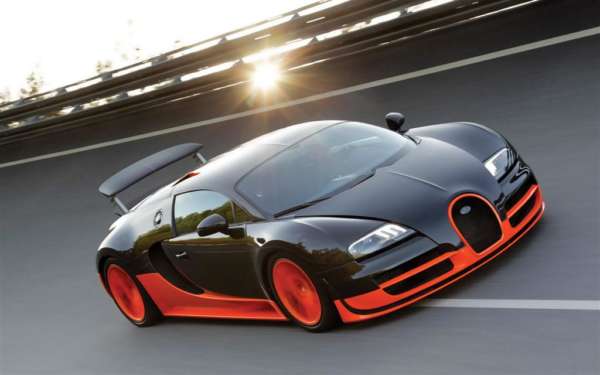 “We know there are challengers, but we are determined to do our homework on this,” says the CEO of Bugatti, Wolfgang Dürheimer. And you can bet every penny that Bugatti will beat the Americans, fair and square. After all, no one beats ze Germans, right?

What is your take on this feud for the world record and about the Bugatti Veyron? Type in your opinions and comments and let us know what you think.