It seems manufacturers are taking a major leaps while designing the next generation models of their respective products. Ducati recently dropped the legendary L-Twin powered Panigale from its line up while its successor will use a V4 engine. In latest reports, the BMW S1000RR probably plans to drop its trademark asymmetric fascia for a radical new front. It also seem to have gone on a diet for a leaner appearance.

The next generation BMW S1000RR was recently spotted by the folks at MotorcycleNews and the newly released spy images reveal juicy information about the next iteration of the litre-class superbike. We’ve seen the Kawasaki ZX-1oR shed some weight in the recent past. Takeaway its graphics and the dimensions may fool a layman in believing that it’s a middleweight machine instead of a true blue 210PS litre-class rocket. 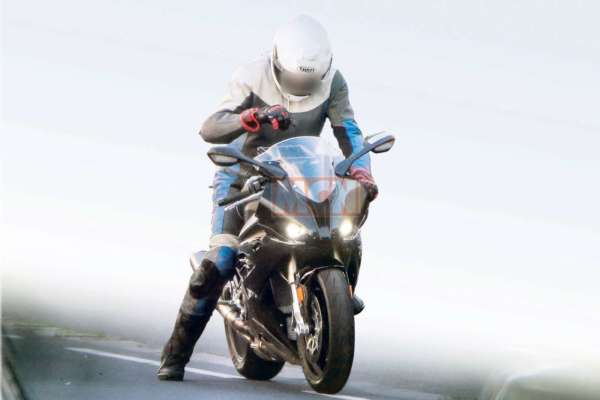 The same seems to be going in with the next-gen BMW S1000RR. In terms of dimensions, the motorcycle seem to have reduced in size. Even the tail unit seems smaller than the current generation motorcycle and the pillion seat comfort appears to have been compromised for a compact look. But the biggest change is at the front where the asymmetric headlight has been replaced by pair of LED projector illuminators. Moreover, lending a cleaner look to the front are the ORVM mounted blinkers. Then there is the full-colour TFT screen that will, apart from the standard customisation options, will also feature mobile connectivity and sat-nav.

The motorcycle will be a major upgrade over the current generation model. The test mule reveals an all new chassis along with an updated rear shock and swingarm. Look further and you’d notice that the exhaust pipe is much compact that the current crop of litre-class motorcycles. 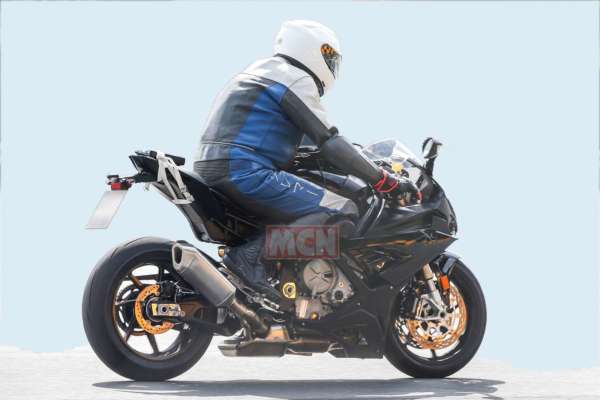 There would be a slew of mechanical upgrades too and, as seen in the spy images, the next generation model will come equipped with revised elements. The motorcycle will most definitely be Euro 5 compliant as the new norms will come in effect in 2020. Performance numbers should most likely be over 200 BHP although the compact size should help the motorcycle shed some weight which would offer better power-to-weight ratio. Expect to see a comprehensive electronic package too.

The report further suggests that the production version should be unveiled by mid-to-late 2018.