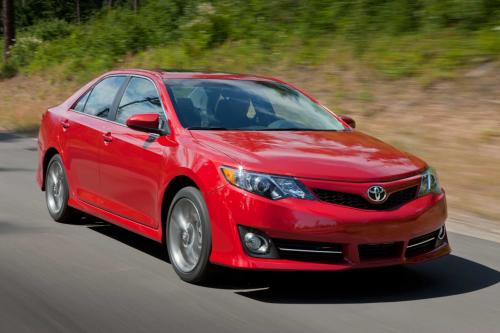 If various reports from the international media are to be believed, Japanese auto giant Toyota has issued a statement confirming its plans of introducing the updated 2015 Toyota Camry facelift at the upcoming New York Auto Show.

While details on the upcoming model are scarce, the 2015 Toyota Camry facelift, as per Toyota, would “challenge conventional expectations of a mid-cycle model change.” While this isn’t really much to give us a fair idea of the upcoming model, President of Toyota’s Calty Design Research has been previously quoted as saying that the refreshed Camry will boast of a “more emotional, more impactful design.“

Apart from this, hardly anything else is known about the soon to be released model but in all likelihood, it would be seen featuring the same engines that are being offered with the current model. These engine options are as follows-

It may be noted that the Toyota Camry is easily among the most successful models from the Japanese auto giant for the US market and with the advent of the 2015 Camry facelift,  the car marker is expected to build up on the success of the large sedan. Also, it is highly likely that the upcoming Camry facelift will reach other markets soon after its New York debut.

Stay tuned to Motoroids for more updates on the 2015 Toyota Camry facelift.