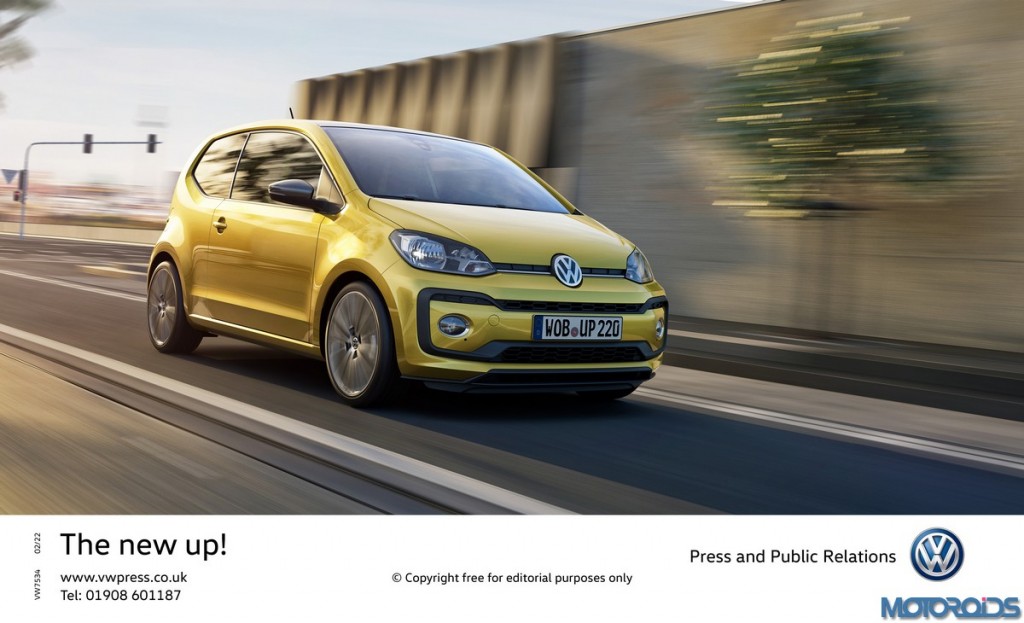 The smallest Volkswagen, the up! micro car has been around for more than five years now. At the upcoming Geneva International Motor Show in March, Volkswagen will début the updated up!, but before that, the German manufacturer has revealed the micro car online. Late this summer the second series of the up! will be launched in Europe – with newly designed body panels, new colours, new wheels, new individualisation options, new equipment, a completely redesigned interior, a new infotainment system and a new engine that offers a significant boost in performance and torque. 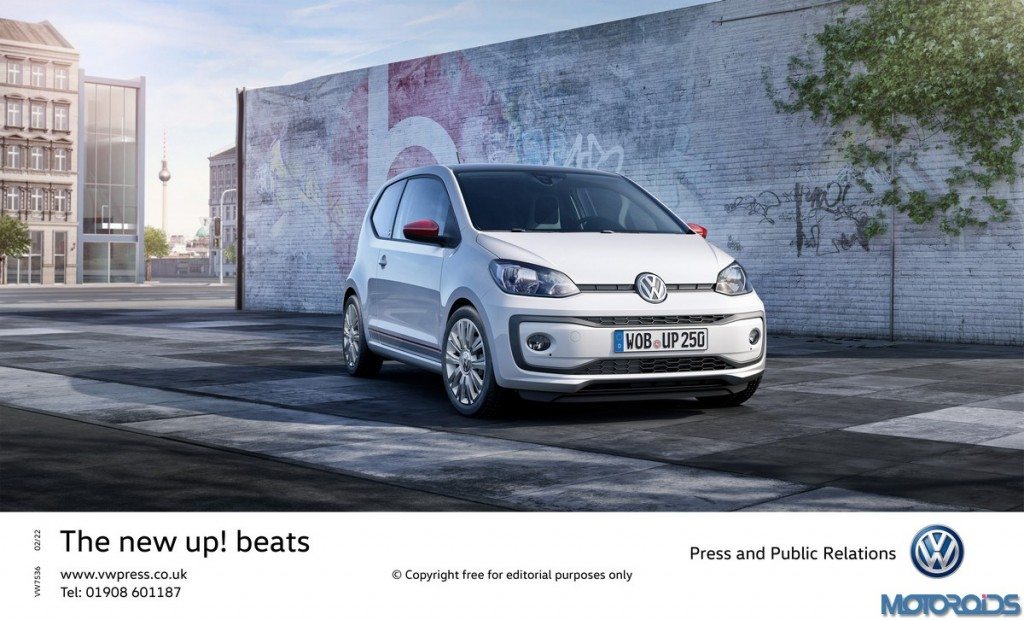 On the outside, the new up! will come with new headlights (with LED daytime running lights as standard), new bumpers, a prominent rear diffuser, newly designed tail lights, new exterior mirror housings with integrated indicator lights, fog lamps with cornering lights, fresh wheels and new colours. Inside, the new up! gets décors for the dashpad (dashboard styling panel) as well as new seat designs. There’s also a new infotainment system called the Composition system, with a 3.1-inch monochrome display, and the top-of-the-range Composition Phone system with a 5.0-inch colour display. Both of the systems feature a twin tuner, AUX IN connection, SD card slot, Bluetooth connectivity, and a rear view camera. 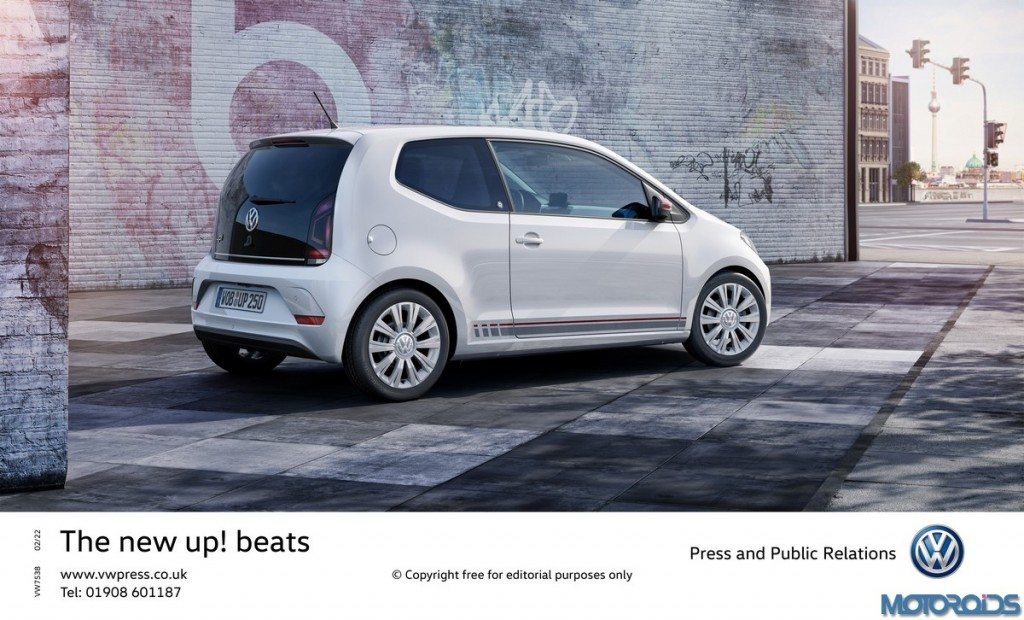 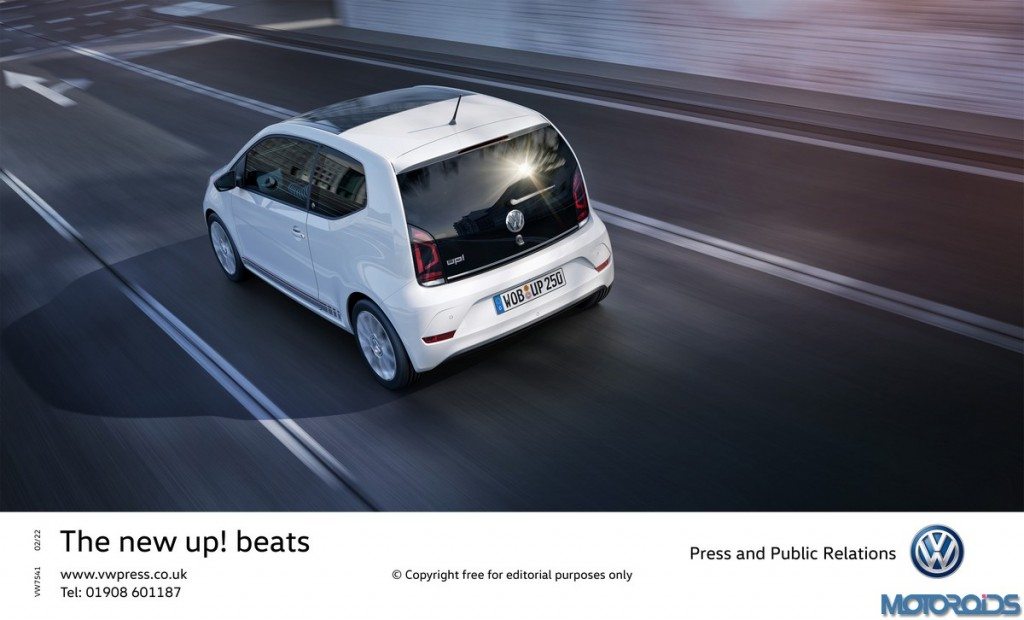 The updated up! also features a 300-watt and 8-channel amplifier music system by Beats Electronics (BeatsAudio) which blares through seven loudspeakers distributed around the interior: two tweeters in the A-pillars, two woofers in the front doors, two broadband loudspeakers in the back as well as a subwoofer integrated in the spare wheel well. Another technological highlight in the new up! is its smartphone integration – the “Maps + More dock” can be used to integrate current smartphones, running either Apple or Android, into the Composition Phone’s control system, simply by connecting the smartphone above the centre console and pairing it with the radio system via Bluetooth. 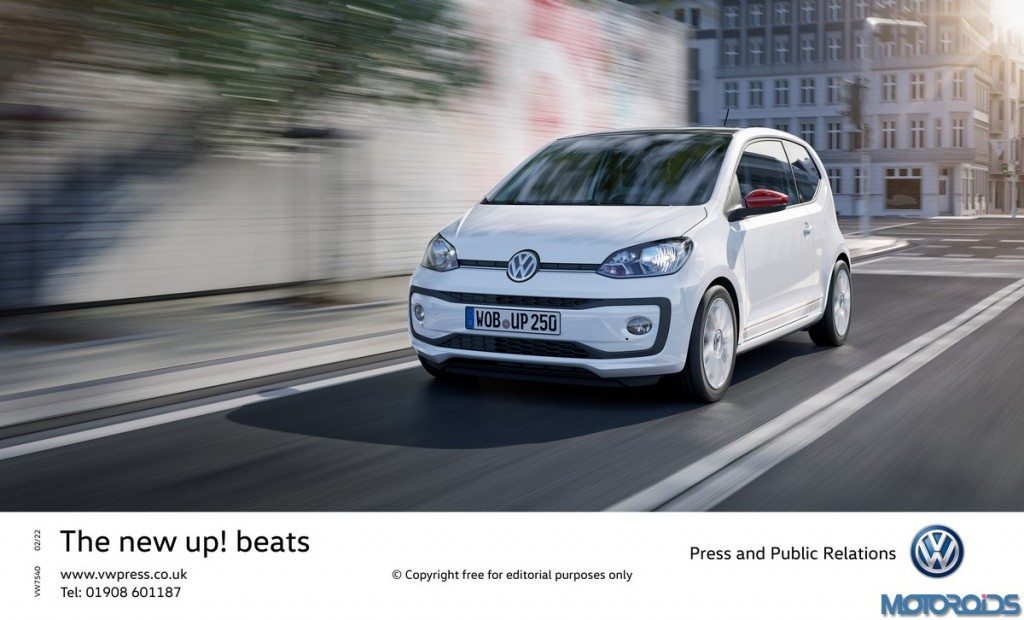 The new up! will be powered by a new 1.0 TSI engine. This turbocharged direct petrol injection (TSI) delivers 90 PS, while maximum torque of 160 Nm is available from 1,500 rpm. The three-cylinder engine is the first turbo for the up! and the most powerful motor available in the model to date. With this motor, the new up! reaches a top speed of 185 km/h, and takes 10 seconds to accelerate to 100 km/h. This new engine joins the other two three-cylinder units with multi-point injection (MPI) that deliver 60 PS and 75 PS each.