We reported in detail when the facelifted Polo was revealed officially at the Geneva Motor Show. Volkswagen is currently testing the car in India and the Volkswagen Polo facelift India launch will happen in the mid of this year. 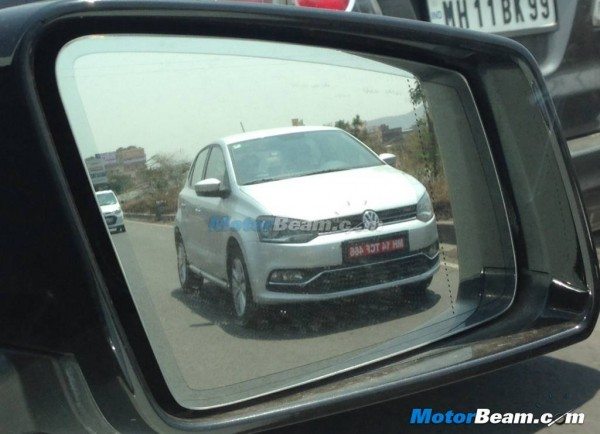 The refreshed Polo features a plenty of minor changes to its exterior. At the front, the car gets a new set of headlights and a redesigned grille. The Volkswagen Polo facelift includes Daytime Running Lights in the headlamp units, which are likely to be omitted from the India spec car. The headlights of the car get hexagonal treatment, and a chrome strip runs across the grille. The bumper of the car is all new, with the wider wraparound section getting a metallic highlight that runs around the bottom of the fogs. The car boasts of fewer changes around the rear, but the car does get an all-new bumper and tail-lights. 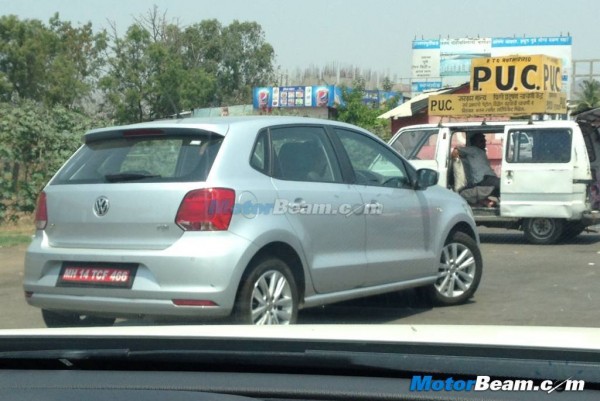 The test mule seen here is the 1.5 liter GT TDI variant of the Polo. Volkswagen will be using this engine in the Vento too. This 1.5 liter block churns out 1o3 BHP of max power. The car does the 0-100 dash in just 10.5 seconds, with the power transmitted to the wheels via a 5 speed manual tyranny. 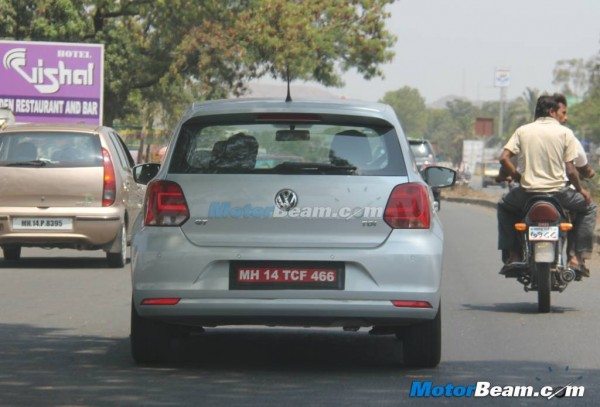 Coming to the interiors, the car gets a new steering wheel, new center console which uses a new color display, and new AC controls. The steering wheel looks very similar to the one seen on the Volkswagen Golf.