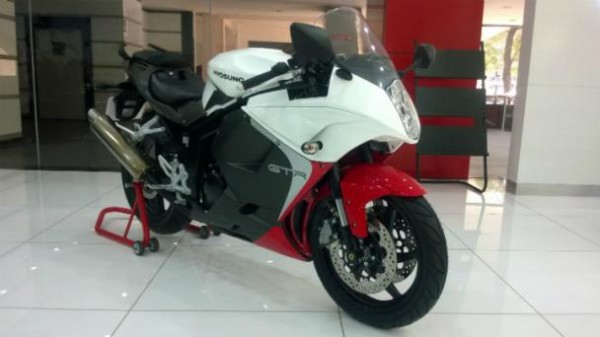 Hyosung is all geared-up to launch the ‘new’ GT250R, which essentially is a mildly face lifted version of the fully faired 250cc offering from the company. So what all has changed? Well, a bit of plastic on the front fairing and a few graphics here and there. The interesting bit about the facelift is that Hyosung seem to have used the front fairing from the bigger and more expensive GT650R to embellish the face of the GT250R facelift. What that means in effect is that with the facelift, there wouldn’t be any striking distinction between the two bikes. The size of the bikes has always been the same, and with similar fairing, those who buy the 250 will now get a better shot at making you think that they’re riding a 650cc machine.

There is a big difference though, and it’s pretty simple to spot. Just look at the end can. While the GT250R still sports the shiny metal bit, the GT650R has a black, matt finished end can. Apart from that, it would be very difficult to tell the two bikes apart, as the sticker in the fairing on the new GT250R has also been replaced with a more confusion inducing GTR. 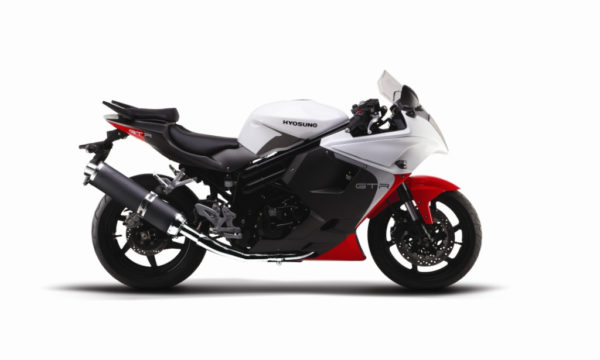 For comparison’s sake, here an image of the Hyosung Gt650R

No changes have been made to the engine or the mechanicals of the motorcycle, and it continues to be powered by the same 28bhp, 22 Nm 249cc V-twin engine. The five speed transmission on the bike also remains untouched. No additional features have been introduced on the bike either.

The GT250R facelift is expected to be officially launched very soon – within the next few days if some reports are to be believed. Bookings for the new version have already started at Hyosung dealerships, and the bike can be yours at a rather steep INR 3.1 lakh OTR Mumbai.

So what do you think of the changes made to the GT250R? Will making it look similar to the bigger GT650R work in Hyosung’s favor? Does the change make it any more appealing to you? Do let us know via your comments. We just have one thing to say – such similarity between two hugely different machines, with 1st April so close makes us think whether it some kind of a joke. Incredible, ain’t it?