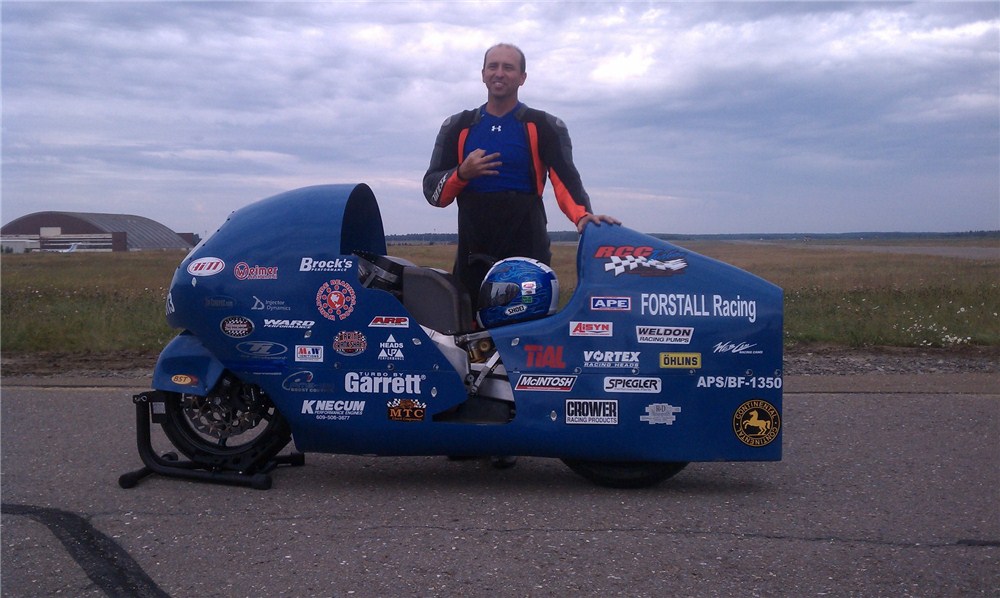 Bill Warner, a resident of Florida has created a new world record for a sit-up motorcycle. Set at the Loring Air Force Base in Limestone, Maine, USA, the record was set at one of the land speed races. Warner hit a top speed of 311.945 mph or 502+km/h on his modified Suzuki Hayabusa. The speed is the highest ever achieved on a conventional motorcycle, where the rider in not enclosed for the purpose of better aerodynamics. Better speeds have been achieved on enclosed two-wheelers though. Interestingly, Warner held the previous record as well, where he managed a top speed of 278.6mph in 2010.

Here’s video of the record run.