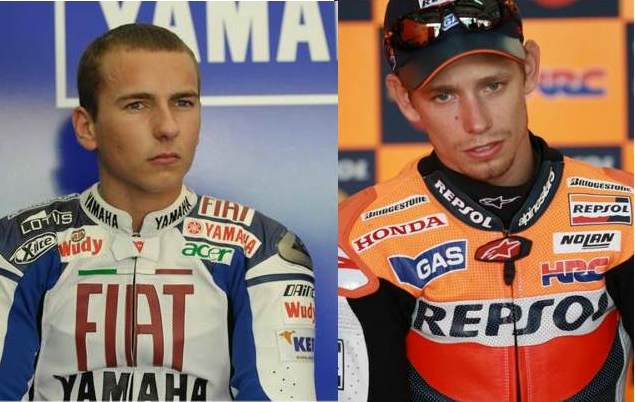 Now this may come as a shock to many of the MotoGP’s and the aforementioned duo’s fans, but that what the news is as of now. Both the riders have refused to take part in the Japanese GP at Motegi owing to radiation fears. And they’ll stick to their guns, even if the area around the Twin Ring Motegi is declared safe before the race. Stoner rides for Repsol Honda while Lorenzo is employed by factory Yamaha team. No prizes for guessing how happy their employers are with their decision.

Its notable that the race at the Twin Ring Motegi was rescheduled to October 2 after the initial date of April 24 was ruled out in the wake of earthquakes and a devastating tsunami in Japan. While Lorenzo was always very clear that he wasn’t going to race in Japan, Stoner has taken his stand on the subject rather recently at the Sachsenring GP.

“I will not go. That’s my opinion and I’ve had it now for some time. Not as long as Jorge, I took a bit longer to make my decision, but I will not go. Most riders are of the same opinion. It’s up to organizers now to figure out what is going to happen” said stoner.

As for Lorenzo, he was also firm on giving Japan a miss. “My decision was taken a long time ago and it has not changed. Now I am not active in this because my decision was taken a long time ago” said the Spaniard.
When asked whether not going to Japan showed their insensitiveness to the people Japan, both the riders insisted that it’s different to have sympathy with someone and to get into trouble yourself. Both the riders also added that if there was such a radiation related issue around their own home circuits, they wouldn’t go there.

Sensible or insensitive? What do you make of the racer duo’s decision? Do let us know.