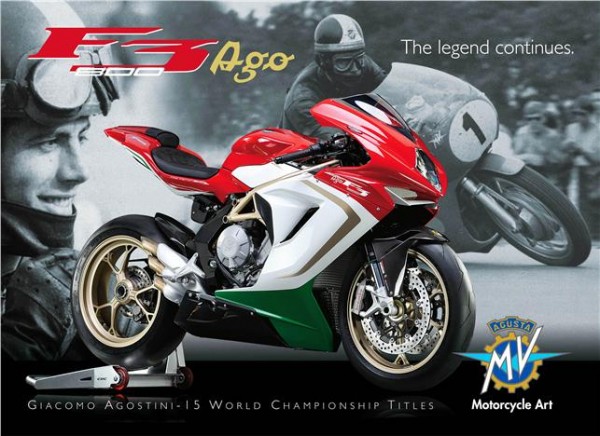 Renowned Italian bike maker MV Agusta recently launched the new F3 800 AGO, a new model whose design has been influenced by MV Agusta Grand Prix bikes that are associated with Giacomo Agostini, easily among the greatest legends in the world of motorcycles.

The new MV Augusta comes can be ridden in any of the three different pre-defined power modes. Other than this, the bike’s power delivery can also be customized to suit the rider’s taste. This is not all as the new MV Agusta F3 800 AGO allow eight different configurations for the traction control system. The MVICS (Motor & Vehicle Integrated Control System) allows the rider to have total control on parameters such as throttle response, et al. The bike comes with dual 320mm front discs and a 220mm disc at the rear. The braking system also comprises of Bosch 9MP ABS unit. And then, there is the RLM system, which prevents the rear wheel from lifting off under hard braking conditions.

The bike’s front and rear fenders are made up of carbon fibre, which bestows the bike with even better power-to-weight ratio. Further helping the bike to save few pounds are the forged rims. All of this means that the new bike measures just 171 kgs, a full 2 kgs lesser than the standard F3 800. Only 300 of these models will be ever made and every one of these will come with an autograph of fifteen times world champion Giacomo Agostini. Also, the bikes will be sold along with a special certificate that will be signed by Giacomo Agostini.

The new MV Agusta F3 800 AGO sales will commence in May this year. 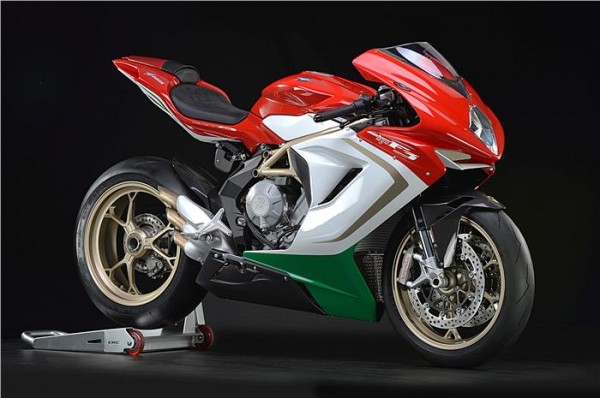