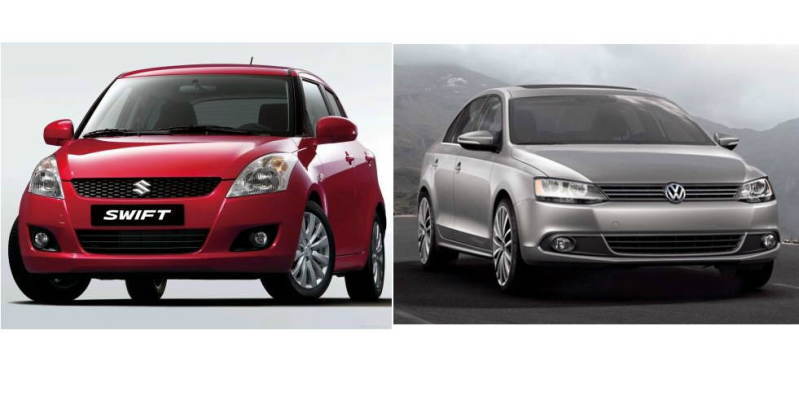 Maruti Suzuki will be launching today what may be called the most anticipated launch of the year 2011. The company will launch the totally revamped version of the car today. In its newest avatar, the new Swift is bigger, slightly different but mostly the same in terms of exterior design and is powered by a new 1.2 petrol engine with VVT which now produces more power. The interiors have been revamped completely and so have been the chassis and suspension.The 1.3 DDiS diesel engine has been tuned slightly for better fuel efficiency and will now come with a previously unavailable ZDi variant. Maruti Suzuki is expected to price the new Swift anywhere from Rs 30 – 50K higher than the current corresponding models.You can read all about the new Swift in our detailed report here.

Apart from the Swift, another big launch today would be that of the new VW Jetta. The current Jetta with its dated design and lack of appeal had not been doing any great numbers for VW. In the latest avatar, the Jetta will get a more powerful 140bhp version of its 2.0 liter TDI engine. The car will get a six speed DSG gearbox, will adorn the new VW family face and will boast many new features. In a nutshell the car will present itself as a worthier competitor to its Group cousin Laura.

We’ll bring every detail from the two launches to you. Stay tuned.