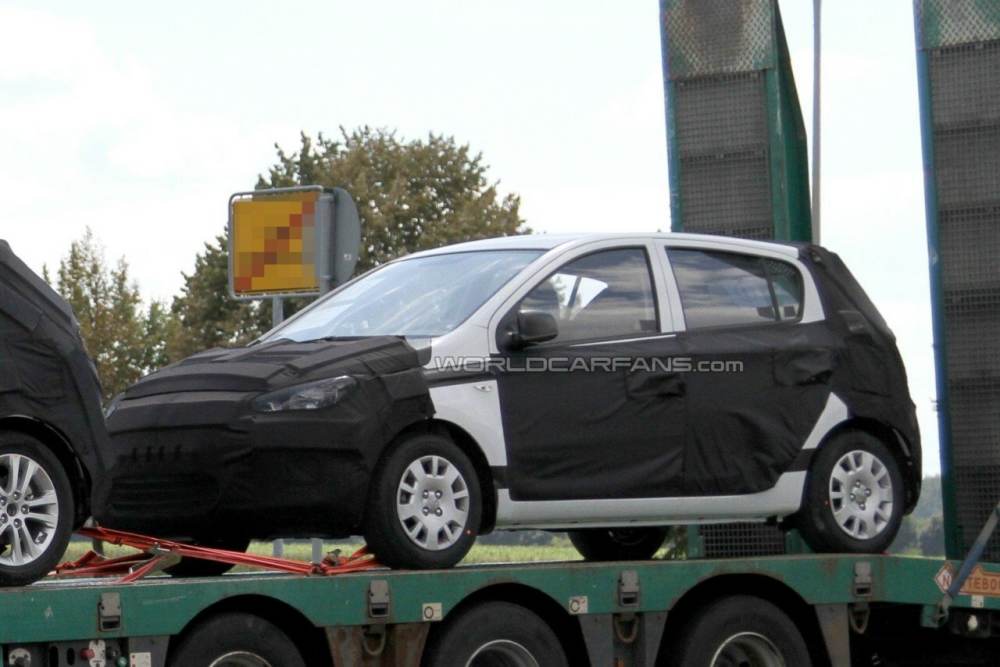 Hyundai’s i20 has created quite a niche for itself in the market as a premium big hatch. The car is doing good numbers for the Korean carmaker and there isn’t quite a worthy competitor to the spacious car in sight as of now. Why mend something that’s not broke – they say. Hyundai, however think otherwise and suddenly the company has decided to take one cog out of the diesel i20’s gearbox. The 6-speed manual gearbox was introduced on the car last year along with a few cosmetic upgrades. However, the i20 diesel will now be available with a five speeder unit only. And why? Well, the five-speed units may have cost implications, helping increase the margins for the carmaker. If so is the case, will the benefit be passed on to the customers. NO. So if you prefer a six-speeder ‘box on your car, and if you were going to buy the i20, start hunting for the few remaining cars with the option.

In another development, a 2012 version of the car has been spotted testing. The test mule was caught while being delivered to Hyundai’s European test facility. While an update to the i20 was awaited for quite some time, these are the first spy pictures of the car. As always expect more details to trickle out here on.

The test mule which is heavily camouflaged at the front, the rear and sides is expected to be a cosmetic upgrade. In its 2012 avatar the i20 is expected to adopt Hyundai’s hexagonal family grille. The car will also get new head and tail-lamps along with new bumpers and more detailing in places to elevate its visual appeal.

Changes are expected within the cabin as well. We expect the basic layout and functions to remain the same but better quality materials and some inclusions such as chrome inserts may work towards freshening up the interiors.

The new version of the car should make its debut in India by early-mid 2012.