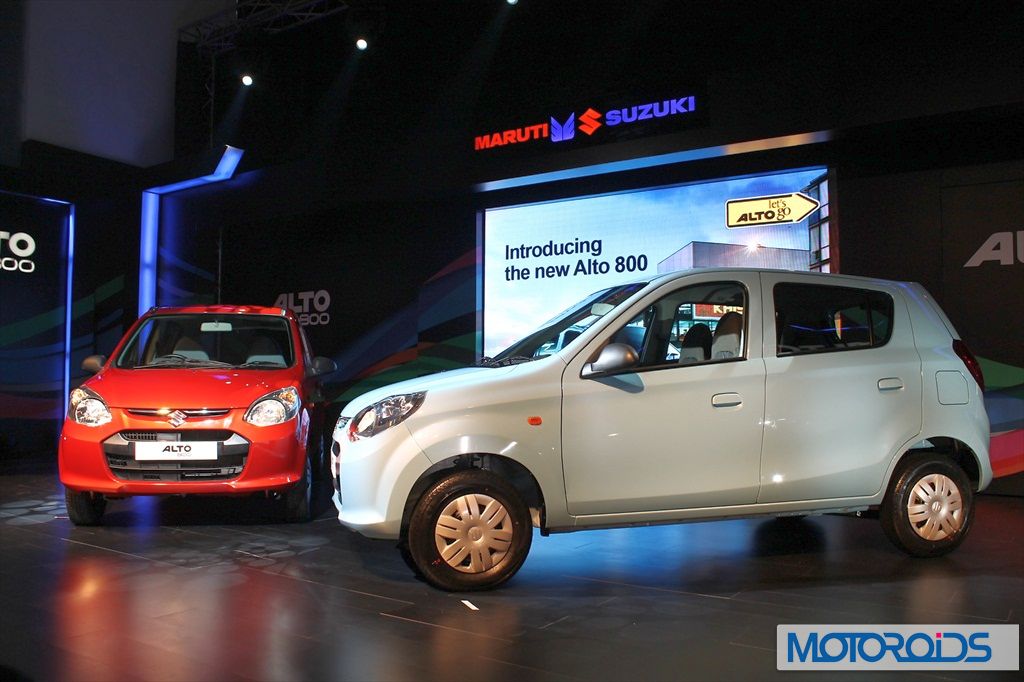 Maruti Suzuki Alto refuses to go out of lime light! We have lost the count of number of times we have reported about the huge success that recently launched Maruti Alto 800 has turned out to be.

The all new Maruti Alto 800 has uses most of the mechanicals of the previous edition of India spec Alto 800cc and is powered by a re-tuned version of the previous edition’s motor. The new Alto comes almost 2 years after Maruti Suzuki had launched the Alto K10 which shares the K10 1000cc motor with the more expensive AStar.

The Alto K10’s motor offers a maximum power output of 67 BHP@6200RPM and a peak torque figure of 90Nm@3500 RPM. The car is considerably more powerful than the 800cc version of the Alto and combined with the light weight, is a nippy performer.

Now, seemingly unsatisfied with the success of new Maruti Suzuki Alto 800, MSIL has already started working on the 1000cc version of Alto 800. This means that the Alto K10 will get some new styling and a re-tuned version of the 1.0 litre K10 engine.

In all probability, the new Maruti Suzuki Alto K10 will offer a higher spec ZXi variant with airbags and ABS variant.

We just wish that Maruti refrains from using styling cues from the new Alto 800.