Prices for the new Mahindra Thar 2020 will be announced on the 2nd of October, 2020. Prior to that, the maker has been teasing fans with a number of videos, showcasing the capabilities of the new Thar. The new video puts the focus on the rear coil springs, which replace the leaf spring setup on the older model.

Prior to the launch of the off-roader, reports of a leaked image which reveals the new Mahindra Thar’s price in India have been doing the rounds of the internet. The leaked image suggests that the base AX version with a fixed soft top will retail at INR 9.75 lakh (all prices mentioned are ex-showroom) for the petrol manual and INR 10.49 lakh for the diesel manual. A convertible soft top for the same variant and similar engine choices as aforementioned will retail at INR 10.25 lakh and INR 10.99 lakh. 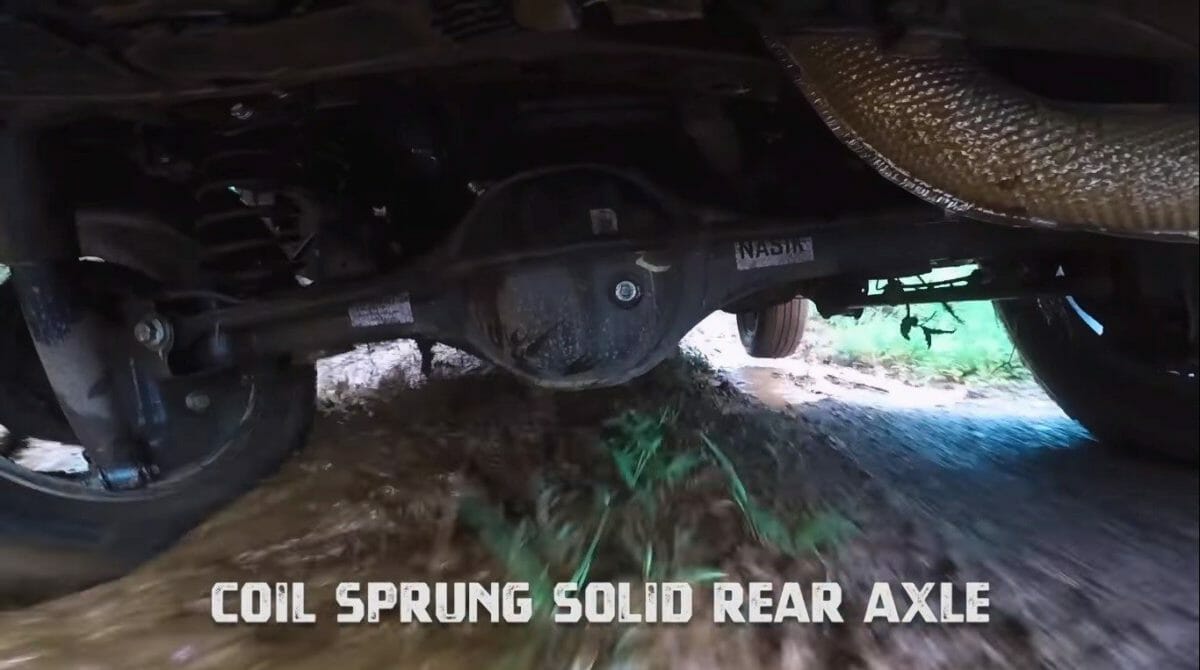 On the other hand, the LX manual hard top diesel will ask for INR 11.20 lakh, while petrol and diesel automatic variants will ask for INR 12.25 and INR 12.49 lakh, respectively. The leaked image suggests that these prices will be introductory and will change after a certain duration. It will be on the launch day though when it will be confirmed if these reports are true.

Inside the cabin is where the biggest change has happened for the Mahindra new Thar. The new model gets forward-facing rear seats for the LX trim, a modern dashboard with a touchscreen display, a better quality of materials and creature comforts like power windows, cruise control, eight-way adjustable driver’s seat, tyre pressure monitoring system, auto AC, 7.0-inch touchscreen and 18″ alloy wheels.

The new Thar gets an updated version of the 2.2-litre mHawk diesel engine which cranks out 130hp, 300Nm and will be available with a 6-speed manual gearbox and an optional, Aisin-sourced, 6-speed torque converter. If you like petrol engines, the 2.0-litre mStallion motor will also be on offer. It cranks out 150hp of power and 300 Nm (MT), 320Nm (AT) of torque. Transmission options include a 6-speed manual and a 6-speed automatic gearbox.

All variants will offer a manual shifter for the 4WD drivetrain with 2H, 4H, and 4L modes. The front now gets independent suspension while the rear gets mechanical locking diffs and gets rid of leaf springs in favour of a multi-link setup. The Mahindra Thar new model also meets the new crash and pedestrian safety norms and comes fitted with two front airbags. Other safety features include ABS with EBD, Isofix child seat mounts, hill-start assist, hill descent assist, ESP with roll-over mitigation and three-point seatbelts for four passengers. Inside the washable cabin, the front-facing rear seats offer a 50:50 split and music can be blared through roof-mounted speakers.