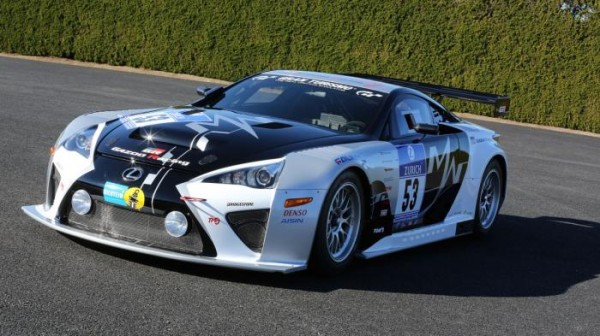 New Lexus LFA Code X to be powered by a 5.3-liter V10 engine

Japanese auto giant Toyota today announced that the GAZOO Racing team will compete in the Nürburgring 24 Hour endurance race with as many as three different models.

Out of these, the most interesting model is the Lexus LFA Code X. The new car is described as an “enhanced sports car research vehicle” that will come to use for studying sports car technologies of the future. While Toyota has refrained from divulging many details and specifications of the new model, it confirmed that the car will be powered by a larger 5.3-liter V10 engine and will have a “full carbon frame body to enhance body-rigidity while reducing vehicle weight.“