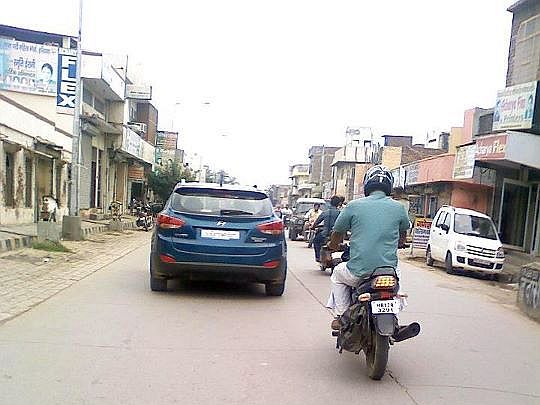 Remember the old Hyundai Tucson? Even with a nice design, compact structure and a diesel engine, the car couldn’t sell in good enough numbers. It used to be the only competitor to the CR-V then, and had the fuel price differential been as high as today back then, it would surely have been the hit that the CR-V turned out to be for Honda.

The old Tucson had its own set of problems. A not so well finished interior, and engine which had a pronounced turbo lag and a gearbox which was rubbery beyond belief.  Those are tales of older times though. In its newest avatar, the Tucson or the i35 is a sensational looking urban SUV, and as refined from under the hood, and within the cabin as it is stunning to look at thanks to Hyundai’s Fluidic Sculpture design philosophy. 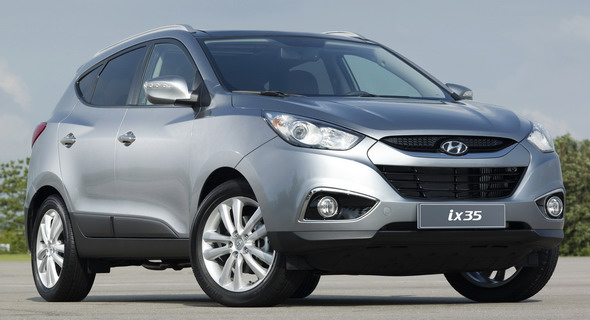 Hyundai seems to be readying itself to sell the car in India in the first quarter of 2012.  The car you see here in the picture above was spotted by of the Car and Bike Show fans, hinting at the Indian show debut of the car at the Auto Expo 2012. The car has been spotted several times earlier as well, showing that the testing for the car is now in an advanced phase. We expect Hyundai to showcase the car at its exhibit and launch it within months with minor changes following a market research at the Expo.

We sincerely expect Hyundai to bring the new Tucson or the ix35 as a CKD product to India, and keep the price substantially below the Rs 20 lakh mark for it to have a fighting chance to attain success. Expect the Tucson to sell alongside the Santa Fe. Here’s what the Tucson of the iX35 sells with in the international market 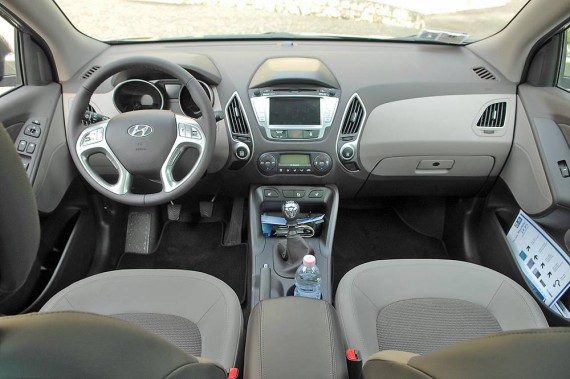 Features on the International ix35: