It has emerged that the production of the new generation Hyundai i10 2014 recently commenced in Turkey. The new i10 is now being produced at the Hyundai Assan Otomotiv Sanayi (HAOS) manufacturing facility in Izmit. It may be noted that this would be the very production plant which would churn out cars for the entire European market. The launch of the new i10 in Europe is expected to happen in a couple of months.

Talking about the Turkey plant, Euisun Chung, Vice Chairman of Hyundai Motor Company, said,”HAOS will be the sole production centre of the New Generation i10, which has a strategic importance for European markets. We will continue investing more at HAOS to produce world-class quality vehicles.“ 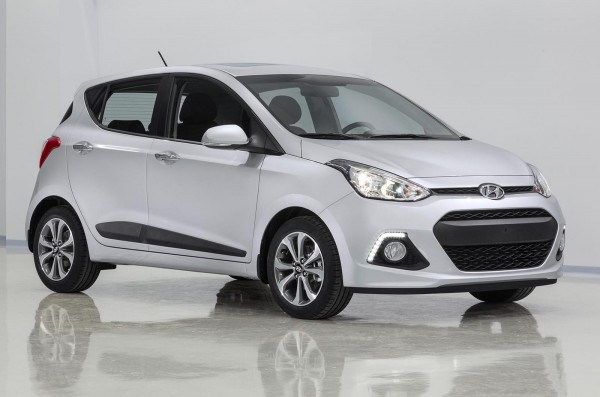 It may be noted that while the India spec new Hyundai i10 comes to us with the Grand moniker and finds itself positioned above the last gen i10, the variant you see in the pic here would completely replace the last gen i10 in Europe.

The 2014 Hyundai i10 is larger than the outgoing model. The new i10 is longer by 80mm, wider by 65mm and lower by 50mm. The wheelbase of the new gen i10 is 5mm longer. However, it is being said that the India spec Grand i10 is larger than even the Euro spec variant.