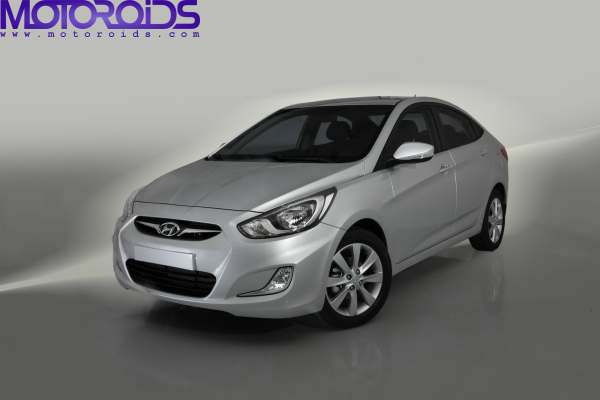 Remember the Hyundai RB concept shown by the company a few weeks ago. It’s widely being seen as a repackaged Accent/Verna platform which has a very strong possibility of coming to India. Not Hyundai have released the official production spec images of the RB Concept and christened it Solaris for the Russian market.

The new car was first shown in the Moscow Auto Show and was said to be custom built for the Russian market. To cope with the tough (read cold) Russian weather, the Hyundai Solaris incorporates a powerful battery and enduro headlights. The car also features heating vents for the reare passenger and has a four-liter washer fluid tank to help keep wiping the frost for longer durations. More anti-cold equipment includes heated front seats and mirrors, a de-icer for the wipers and an innovative emergency stop light that comes on automatically in case of an accident. As we had predicted in our earlier reports as well, engines are expected to be a 1.4-liter 109bhp, or/and a 1.6-liter 124 bhp petrols, mated with a five-speed manual or six-speed auto.

In the pictures the production version doesn’t look very different from the concept. Feast you eyes on the pictures and let us know what you think of the design. Do you think this car would be a worthy competitor to the likes of the Dzire, Manza and Fiesta when introduced in India?