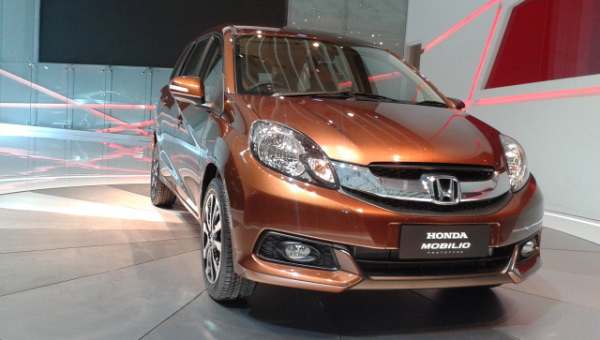 We have been reporting in detail about the new Honda Mobilio MPV. The Mobilio, which is highly based on the Brio, will first go on sale in Indonesia, where it will become a Suzuki Ertiga adversary. Thanks to the rapid growth that the MPV segment of our car market is witnessing, along with the fact that the Ertiga has been doing a world of good to MSIL, it has almost always been known that the Mobilio would come to us soon after its India launch.

However, it has only now become known that the Mobilio MPV would make its Indian debut at the 2014 Indian Auto Expo, which would take place in February 2014.

The Mobilio has been tailor made for emerging markets, such as that of Indonesia and India, and we feel that the Honda MPV is likely to make it to us soon after the advent of summers next year.

Powering the India spec Honda Mobilio will be the same 1.5 litre, 4 pot, 115bhp iVTEC petrol engine that powers the City sedan. However, the more important engine option here will be that of the 1.5 litre iDTEC diesel engine, which will be responsible for bringing in the major chunk of sales. This is the same oil burner that is found powering the Amaze sedan and has been winning hearts for its strong performance and frugality.

It is expected that the Mobilio will go on sale in India for a starting price of INR 6.25 lakhs (for the petrol variant).