After Honda released a teaser video earlier this month, which showcased the new CBR 600RR, along with an announcement of the launch date of a new 600cc motorcycle, it made fans wait impatiently for this new member to enter the CBR family. After all that waiting, the new Honda CBR600RR has finally been launched in Japan at INR 11.37 Lakh. Though it is highly that the iconic supersport machine will land on our shores, just the thought that the updated machine exists somewhere else makes us happy.

The new Honda CBR600RR is powered by a 599cc, inline 4-cylinder engine, this liquid-cooled motor also comes equipped with a DOHC setup which combined, makes it capable of producing 12o bhp of maximum power at 14,000 rpm and a peak torque of 64 Nm at 11,500 rpm. The bike comes with a 6-speed gearbox accompanied by an assist and slipper clutch. While Honda has also kept a standard quick shifter as optional.

The new CBR600RR loves to rev high and has the redline at 15,000 rpm, it can easily achieve a speed of over 225 kmph. At such high speed, optimum braking performance is required and the CBR600RR  has that braking power, thanks to the twin disc brakes at the front and a single disc at the rear. As for the suspension, there is a pair of USD front forks and at the rear and a mono-shock.

The new Honda CBR600RR looks a lot similar like the Honda’s elder bikes like CBR1000RR-R and the Fireblade SP,  both of which are going to be launched in India soon. The CBR600RR looks premium and unique with a sharp-looking, aggressive front, however, more than the looks, it is the feature list and the grumble from the exhaust, that would make a lot of enthusiasts fall in love with this bike. Some iconic design traits are retained from the previous-gen CBR600RR like the underseat exhaust which will surely make the loyal fans drool over the supersport machine. Honda has also bestowed the new CBR600RR with MotoGP inspired winglets. 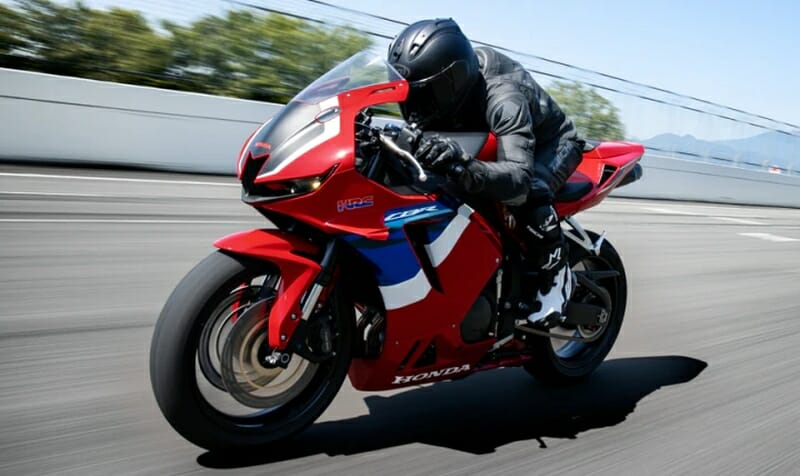 Not just the full-LED lighting on exterior front, the new Honda CBR600RR also comes with a fully-digital and fully-coloured instrument cluster which shows plenty of information such as tachometer, speedometer, lap timer, riding modes, gear position indicator, and more.

The new Honda CBR600RR is a well-balanced and feature-packed supersport machine, filled with tons of tech for a proper and safe riding experience. The bike comes with multiple power modes, engine braking control, wheelie control, and emergency stop signal along with IMU, ABS and Honda Selectable Torque Control (HSTC).

Although there has been no official statement yet, it is being said that the new Honda CBR600RR will be a Japan-only model, which isn’t surprising because the chances of it coming to India were very slim to start with. But since the  Honda CBR1000RR-R Fireblade and Fireblade SP are already slated for India launch, it soothes our nerves a little. It doesn’t translate to the fact that we would still love to see the CBR600RR making its way here and battling it out with the Kawasaki ZX-6R!