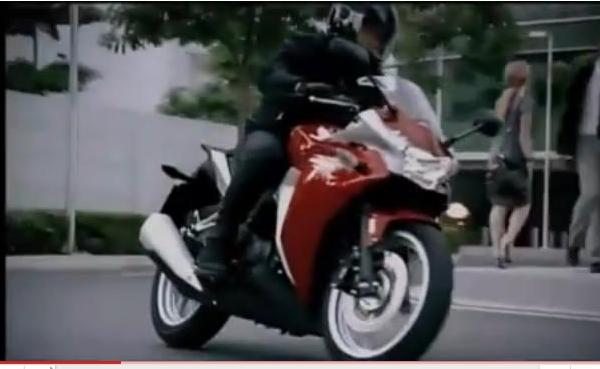 Honda has released a new promotional video of its recently unveiled CBR250R street bike. The video depicts the features of the new bike with a message of ‘ride the uknown’ – promoting adventure riding. An interesting aspect of the video is the text that emerges at the end of the video where Tatsuhiro Oyama, senior managing director and COO at Honda Motorcycles is quoted as saying “by introducing Honda CBR250R, our sincere wish is to spread the unknown joy of riding around the world”. More text emerges later, trying to highlight the go-anywhere capability of the new bike.
Throughout the video, you are introduced to the features of the bike, which is nice, though we don’t understand why the camera keeps flying over the clouds every once in a while. I am terrified on seeing that bit, as I am reminded of the “cruise the roads, just ride the clouds on Splendor” promo of the HH bike. Till date, India has not been able to get over cruising the roads and riding the clouds. Won’t mind doing it on the new Honda though….