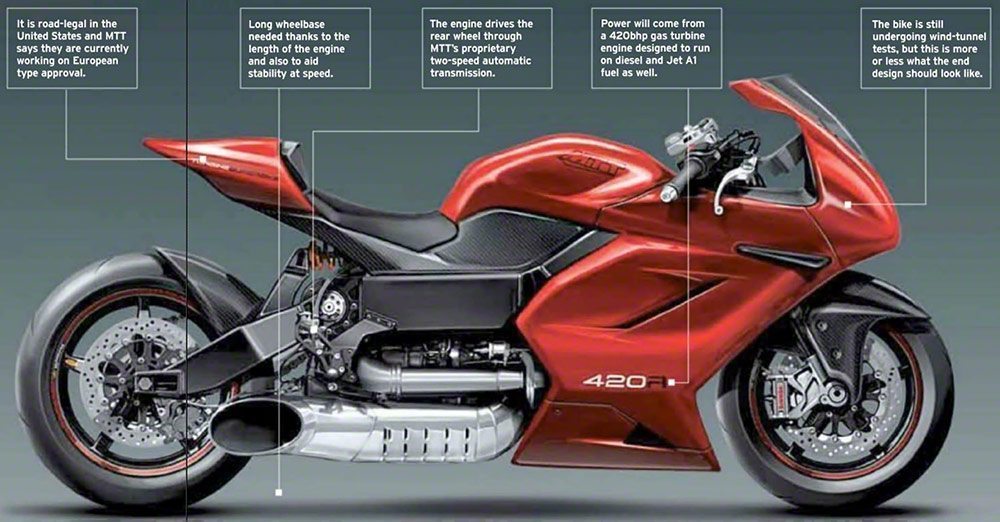 Marine Turbine Technologies (MTT), makers of the helicopter hearted 320bhp Y2K turbine motorcycle are planning another biggie from their stable. A new hyper-superbike is already underway and treated with a Rolls-Royce C-20B turbine engine at a rated output of 420 bhp- good enough to outrun majority of the 2 and 4 wheeled species on the planet all the way till 440 kph.

The C-20B engine more popularly known as the M250 has been a regular propelling unit on small helicopters and airplanes. Though it might look pretty average on those high flying units- it’s a demonic unit on something as light as a motorcycle.

We are already hearing the turbine spool building up 😉