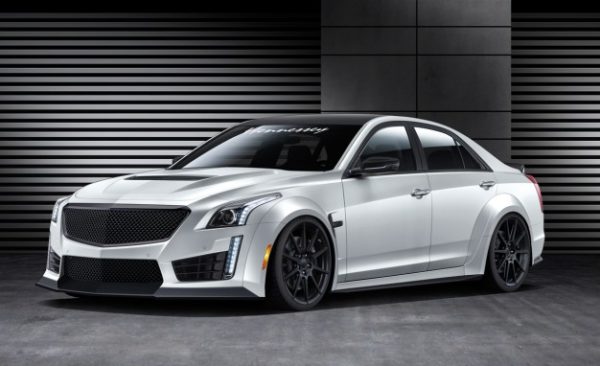 John Hennessey doesn’t do things half and half. When the Texan tuning supremo puts his mind to something, you can be rest assured that no matter what the vehicle is, it will roll out of his skunkworks with as much horsepower as it can possibly handle. We can question his shady business ethics or his ability to make a car take corners, but there’s no doubting his ability to eke out every last bit of horsepower and his ability to make everything on four wheels go as fast as possible.

Hennessey is now planning to bring that same level of insanity to the relatively innocuous 2016 Cadillac CTS-V. Fresh off the factory, the production model is no slouch in the power department either, with 640hp of supercharged power, giving it a top speed of 200mph or 321 kmph. Not satisfied by that measly power, apparently, Hennessey plans to strip off the CTS-V’s supercharger and equip it with two turbos to make it the “fastest four-door saloon in the world.”

The total output when he’s all done? A Veyron-ruffling 1000hp. With that much power under the hood, Hennessey estimates that his car will hit a top speed approaching 240 mph (386 kmph). 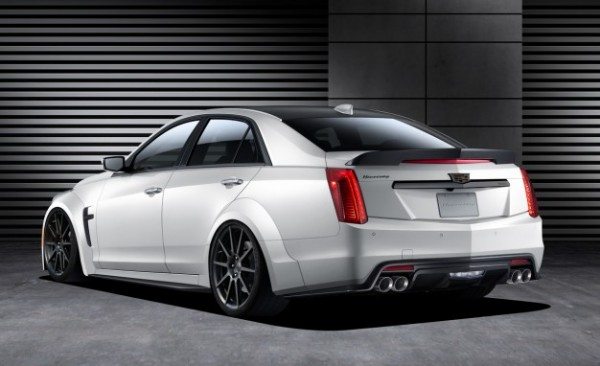 If that sounds a bit overkill to you, as it rightly should to any sane man, Hennessey is also offering two other packages for a slightly smaller price. The first of these adds a tidy 100hp to the Cadillac’s existing 640hp with a little help from new supercharger pulleys, new cylinder heads, a custom cam, and an intercooler. The midrange package, meanwhile, offers 800 horsepower.

In case you need a little more persuasion, both the packages come with a three-year/36,000-mile warranty, along with “premium floor mats.” The higher strung 1000hp pack, though, is a lot more fragile, as you’d expect, so Hennessey offers only a one-year/12,000-mile warranty on it. It also warns that transmission upgrades are “required,” although it didn’t specify at what intervals.

So now you know what to put your money on, if you have too much of it, and want a car that will be virtually undriveable except on a private runway.