The Mercedes that has a mighty on-road presence with its quirky box-like body and can take on any challenge an off-road trail has to offer, the G-Class has been on sale worldwide since 1979. The latest generation G-Wagon has been offered in foreign markets since June 2018 and the German car maker will launch it in India on 5th of October, this year. The new G-Wagon follows the same design language of its predecessors with a few modern touches which keep the car up-to-date in terms of technology and luxury. India will get the 63 AMG variant of the G-Wagon which offers a little more sportiness along with legendary off-road capabilities. 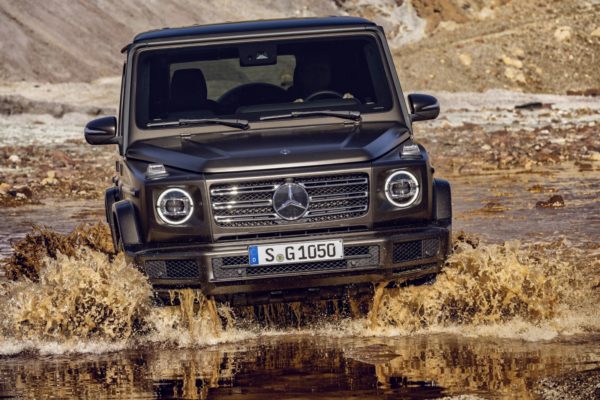 The new generation G-Wagon is longer and wider than the model it replaces which would translate to more space in the cabin. The cabin gets premium leather upholstery along with two digital screens which are seen in all new Mercedes Benz models. The AMG model will get a lot of carbon fibre treatment, both in the exterior and interior. The exterior of the car still retains certain design cues of its predecessors like the exposed door hinges, bonnet mounted indicator lights and rear door mounted spare wheel and a side exit exhaust. The new headlights feature a round LED DRL’s while retaining the same old school shape of the older G-Wagons. 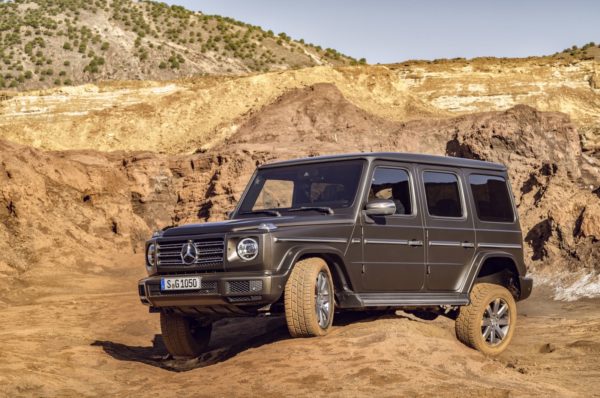 Under the bonnet of the G 63 AMG is a 4-litre twin turbo V8 also seen in other AMG cars like the E 63 S and AMG GT family, tuned to produce 577 bhp and 850 Nm of torque. Power is sent through all four wheels through the 4-MATIC all-wheel-drive system via a 9-speed automatic gearbox which has been modified to give the G-Wagon shorter shift times. The SUV also has 3 locking differentials which are ideal to get you out of a sticky situation when you are off-roading the car. Reports suggest the car, which will be sold as a CBU, will come with a price tag of INR 2.5 Cr, Ex-Showroom, India. The G 63 AMG will go against the likes of the Range Rover Sport SVR, Porsche Cayenne Turbo and Maserati Levante in India.