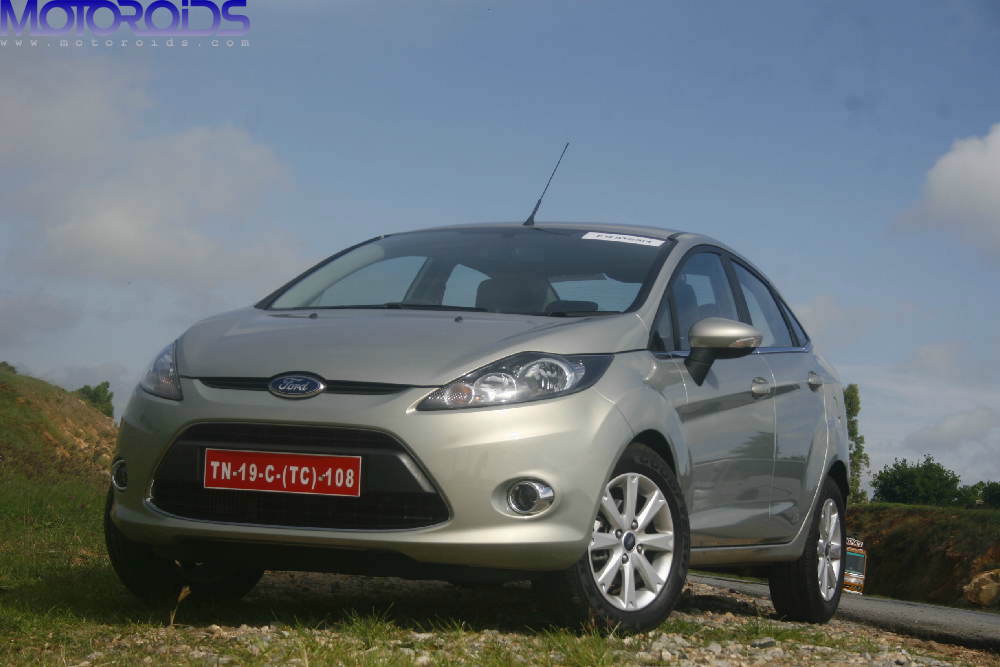 Ford has been playing hide and seek with the journos about the launch dates of the new Ford Fiesta. The company gave us a preview of the car months ago, via the Fiesta cafe, but didn’t breathe a word about the launch dates. Then Ford India called us to Bangalore for a day long drive to Mysore and back, no word on the launch yet! Finally, after having seen and studied the response to the new Fluidic Verna to form a proper marketing strategy, the company seems to have decided to reveal the launch dates. The Fiesta is hitting the streets on the 14th of July.

Since the car has not been launched, Ford India have not revealed the price. The Fiesta has some good features which no other cars in its segment have, such as Cruise Control. The voice activated controls too are a rare feature, with the Linea being the only other car in the segment to have a similar system. Our logic says that Ford India will launch the car at a price which is slightly lower than the Verna and the Vento. Nothing official, but that’s what we think, as Ford, with the Figo’s success now know how a right price tag can do wonders to the sales of a good product.

As always, bank on us to bring you a live launch coverage of the car.

What should be the correct pricing for the top end diesel variant of the car? Do let us know your views.