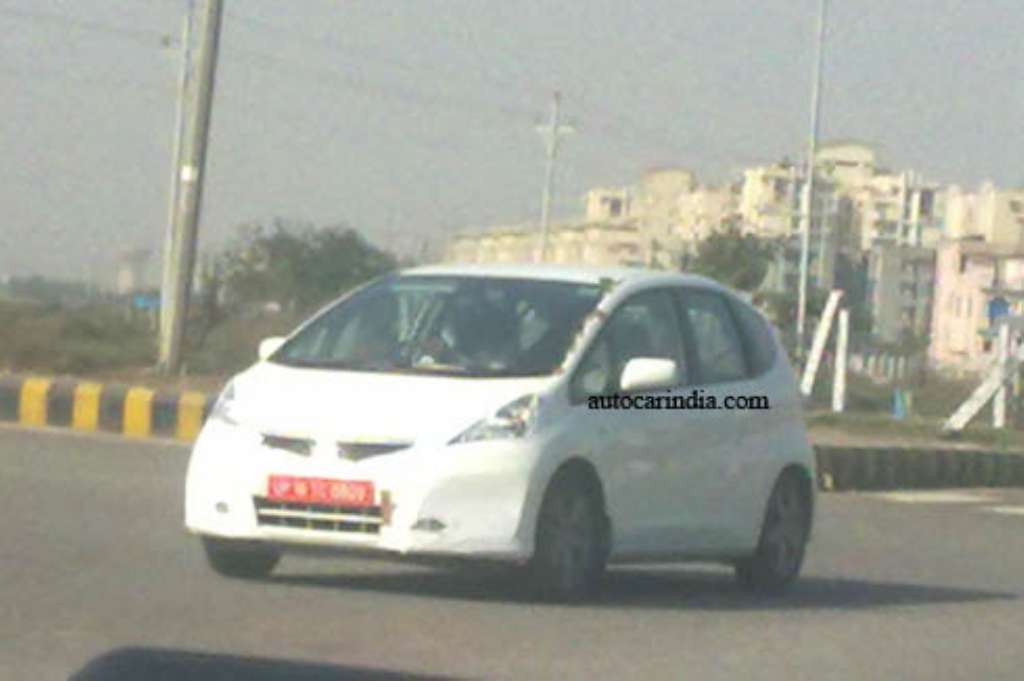 Honda is planning to upgrade its Jazz hatch in the Indian market. Autocar India have managed to click some pictures of the new car with very minor (read negligible) camouflage. The adhesive tape trying to conceal the new headlamps, grille and bumper of the new car haven’t quite been able to perform their job.

It’s notable that a facelifted version of the jazz is already available in some other markets, but not all the changes are visible on the spied car. Only the front end seems to have gone under the designers’ brush, and the rest has been left untouched, at least on the test mule. The upgraded Jazz in foreign markets also features revised tail-lamps, but it remains unaltered on the test mule. There aren’t any other visible changes on the profile and rear end of the car either.

For the new version, expect the brilliant and class leading 1.2-litre i-VTEC motor to remain largely unchanged. However, some tweaks will be made to derive better fuel efficiency out of the mill. According to ACI, Honda has also worked on the suspension for a more pliant ride and better handling. Now that’s a good alteration, as the current Jazz isn’t quite a driver’s dream around corner, nor is it the most comfortable. The steering geometry is reported to have been changed.

Find below the front and rear pictures of the 2011 version of the car to help you differentiate the new version from the current one.