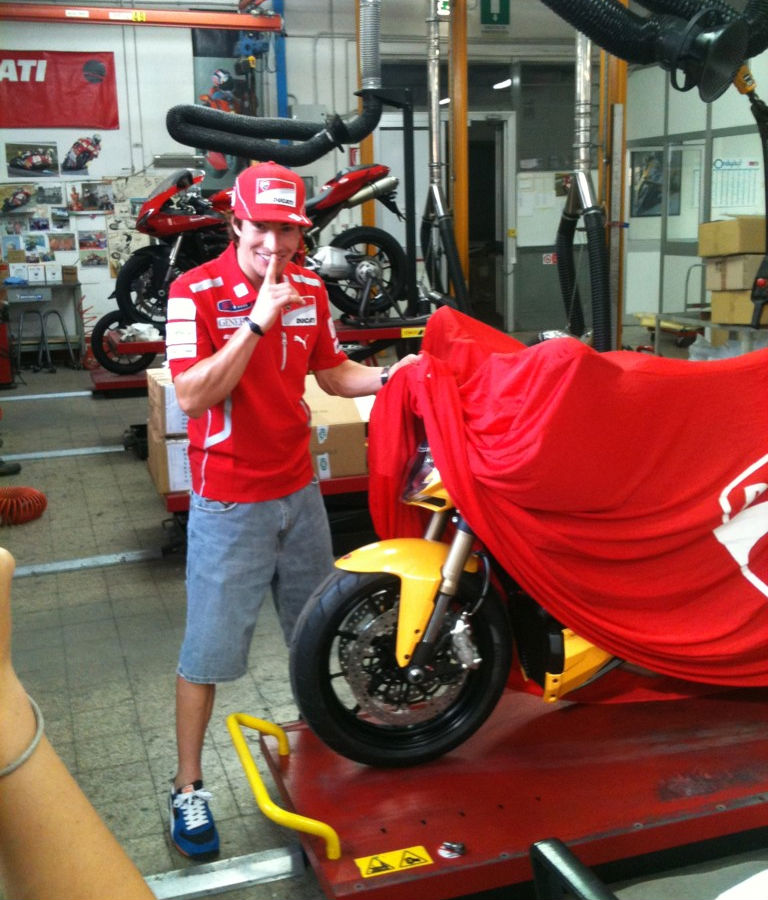 Ducati Factory MotoGP rider Nicky Hayden seems to have special privileges like that of getting early looks at new un-revealed models as shown in the above picture. The picture proves that Hayden got a glimpse of the new Ducati 848 Streetfighter at the factory earlier this week.

The 2012 848 Streetfighter has borrowed quite a lot of designing cues from the bigger 1098 Streefighter and the 748/848 sports bike series. The motorcycle’s rolling chassis heavily resembles that of its elder sibling. However, the bike is reported to have basic brakes, suspension and other parts in order to keep it in budget. But for those who do not have a budget constraint, the bike may be available in an ‘S’ variant which will feature higher spec parts. The engine however seems to be unchanged and borrowed from the 848 supersports machine. However, it could feature improved fueling and gears.

The motorcycle is scheduled to be officially revealed at the Milan Show in November. Not all of us are as lucky as Mr Hayden, so it looks like we’ll have to wait till November to get a glimpse of the motorcycle for ourselves.