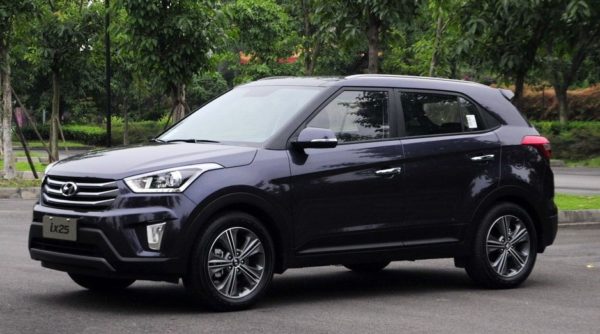 In India, the ix25 will wear a different name.

In India, cars such as the Duster from Renault and EcoSport from Ford are gaining more and more popularity as time passes. With more carmakers eyeing this “up for grabs” segment, the Korean giant, Hyundai, doesn’t want to be left behind. One of their latest offerings for India, will be a compact SUV and it is to be launched in August of this year. The SUV, codenamed GS, goes by the name ix25 in other markets such as China. 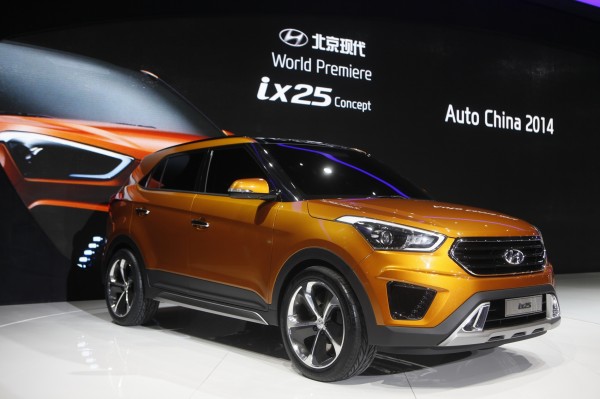 The ix25 concept was showcased at the Auto China 2014.

The new compact SUV, unlike the EcoSport, won’t be under the 4-metre mark. What it will be is 4.27-metres in length, which means it won’t be a ‘small’ car, technically. However, what is new is the powertrain and transmission choices proposed for this car. The compact SUV is to have its engines from the company’s ever-so popular sedan, the Verna. That means the 1.6-litre petrol and the punchy, yet frugal 1.6-litre CRDi motors will be seen powering this SUV. Also, the manual and the autobox transmissions are also to be carried over from the Verna. We do predict Hyundai to alter the ratios of the gearbox to suit this compact SUV, over its sedan sibling. But, that remains to be seen. 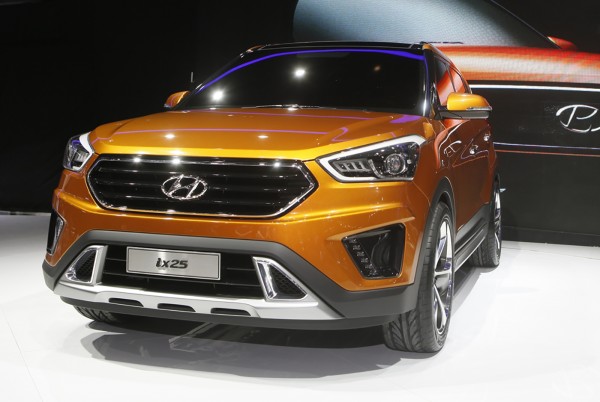 The production version will be a bit less flamboyant.

The Indian version of the ix25 (GS, as Hyundai calls it) will have some styling borrowed from its elder sibling, the ix35. So expect the ‘GS’ to have a wrap-around effect for the headlamps, a different front-grille design and different lower-mounted air intakes which will also house the fog lights. You can also expect your ‘GS’ with 17-inch alloy wheels and on the inside, a feature-rich cabin with several toys for you to play with. Keep following Motoroids as we keep you updated on the latest from the auto industry.